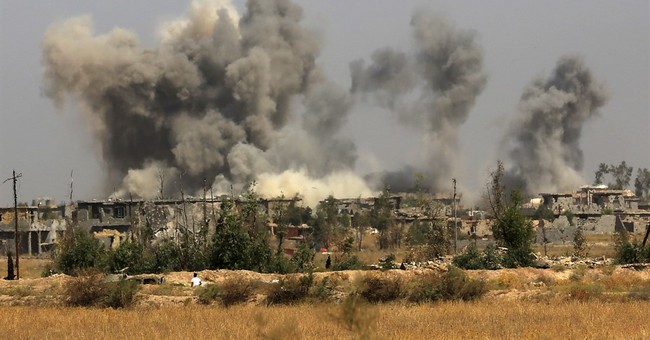 Numerous American airstrikes in Iraq have killed at least 250 ISIS fighters driving in a convoy outside Fallujah on Wednesday, according to Fox News.

"There was a strike on a convoy of ISIS fighters trying to leave a neighborhood on the outskirts of southern Fallujah that we struck," a U.S. defense official said.

The strikes also destroyed at least 40 vehicles, an official said.

The news comes nearly 24 hours after the triple suicide bombing at Istanbul's Ataturk Airport that killed at least 42 people.