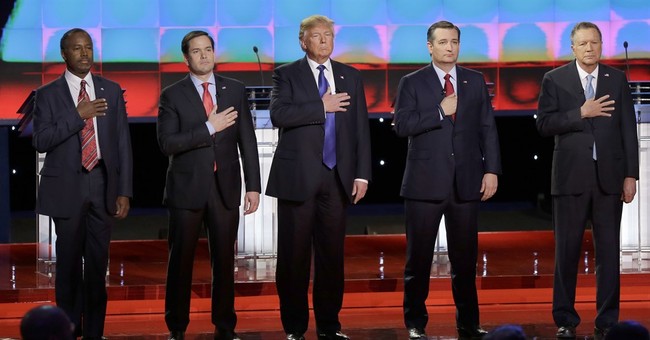 During Thursday night's debate, Republican frontrunner Donald Trump was asked about Telemundo's newest poll that shows 3 out of 4 Hispanics nationwide do not support Donald Trump.

Trump went on to mention how he won 46 percent of the Hispanic vote in Nevada.