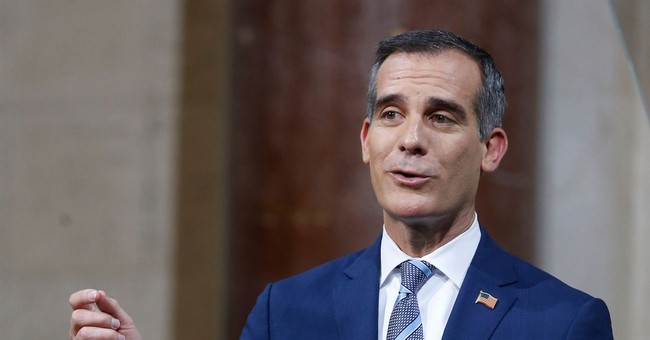 Los Angeles, Calif. – Los Angeles Mayor Eric Garcetti told "Good Morning America" on Friday it is unlikely the city will be able to fully reopen and be back to normal until a "cure" is made for the Wuhan coronavirus and distributed to the public.

Garcetti recently announced everyone who leaves their place of residence is required to wear a face-covering and all retail stores will be allowed to open and offer curbside and door-side pickup and delivery services.

"I think we have to all recognize that we are not moving beyond COVID-19, we’re learning to live with it. It’s important not to overreact, but it’s important to take this seriously because it is as dangerous today as it was the first day it arrived in our cities and our country," he explained. "So quite frankly, there’s no so-called open state or open country that doesn’t continue to have health orders telling us to cover our faces, physically distance, and to tell people that you’re safest working from and staying at home. That’s all the county health director was saying and we can’t expect that to disappear in a matter of weeks or even a few months."

Garcetti said the city is looking at how they are going to open schools up for the next semester, with options including staggering in-building attendance to limit the number of students in the classroom.

"Look, we have to tell the hard truths and protect our people. At the same time, we take steps forward. For instance, this past weekend we opened up our trails, we have retail for curbside pickup. We’ll see that expanded and even some active recreation on our beaches this coming weekend," he continued. "Those are important. And we’ve never been fully closed. We’ll never be completely open until we have a cure, but I do believe that we can take steps. But monitor those numbers, listen to the scientists and the medical professionals, and make the tough calls even when there’s criticism."

While beaches in Los Angeles County finally reopened, only certain activities are allowed. Walking and running on paths and the beach is allowed, but bike riding is not. "Ocean activities" such as swimming and surfboarding is allowed. Sitting or sunbathing on the beach is not allowed.