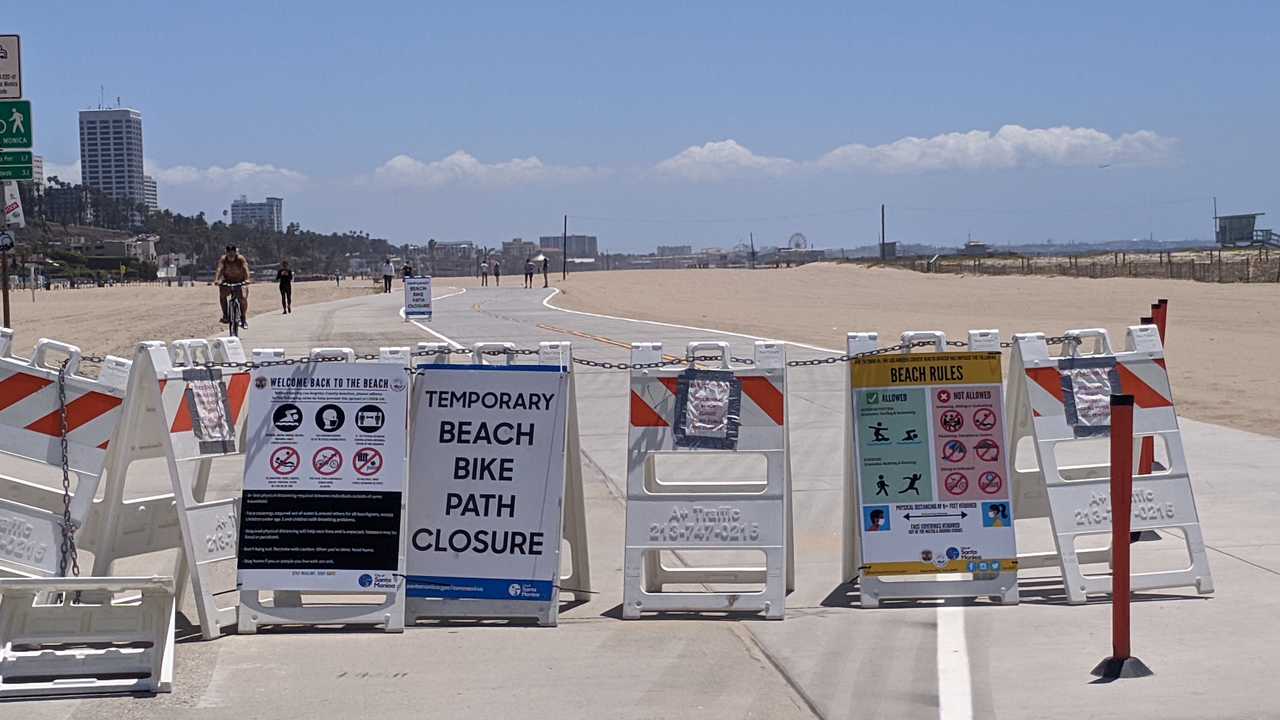 Santa Monica, Calif. — Los Angeles County reopened its beaches on Wednesday as the temperature begins to consistently be in the 80s and 90s, but city and county officials have put rules in place to, as they claim, prevent the Wuhan coronavirus from spreading.

As the county's testing capacity increases and the economic devastation from the stay-at-home orders has taken its toll, many Americans are eager to reopen.

While people are now able to enjoy the sun and the ocean, here are the rules residents must follow to not violate the county's orders:

L.A. beaches reopen today for active recreation only, such as swimming, surfing, running and walking. No gathering is allowed, and activities such as sunbathing and group sports are not permitted. You must wear a face covering and maintain 6 feet of distance from others. pic.twitter.com/3SLIqqio7T

To prevent large groups of people from going to the beach, many of the public parking lots along the beach have been closed. Signs and posters put up by the county informing beachgoers of the rules are posted all along the area.

The rules have been criticized as being arbitrary and enforcement of the rules can get tricky. During my time on the beach, there were a few scattered groups of people sitting on the beach near the water, with plenty of space between them.

In addition, multiple bike riders were enjoying the day and physical activity. When confronted with the signs informing them their recreation was prohibited, bikers simply went around the signs.