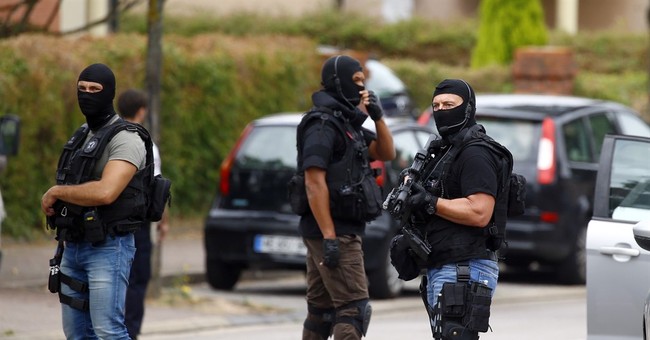 Adel Kermiche and Abdel Malik shouted "Allahu Akbar" as they left the 9 a.m. Mass, pressing guns to the heads of the two nuns they grabbed to discourage police snipers. A video from Le Telegramme shows the attackers leaving the church while French police wait outside. Gunshots occur near the end of the clip.

Kermiche, who was under house arrest, and Malik slit a priest's throat after entering the church during a service. They had forced 85-year-old Fr. Jacques Hamel to kneel while they gave a sermon in Arabic. The priest was killed for attempting to resist, while three nuns and a couple were held hostage.

The two men had multiple knives and fake explosives, including a false explosive belt and a kitchen timer wrapped in foil. Police killed both attackers as they attempted to escape.