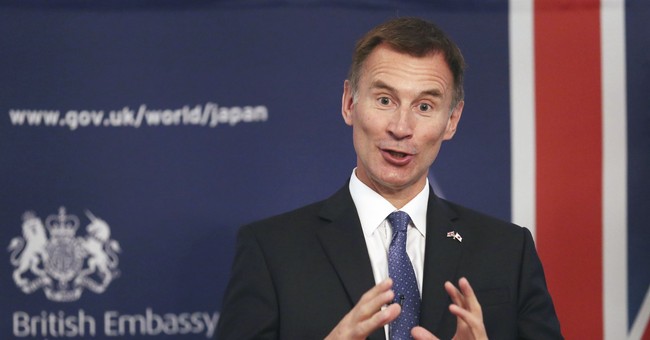 British Foreign Secretary Jeremy Hunt said Thursday that the country’s government is hopeful that they can reach a fair deal with the European Union (EU) this weekend over Brexit, before parliament votes on Prime Minister Theresa May’s deal.

Hunt was giving a speech in Scotland about cyber-attacks when he told reporters that both sides of parliament have a clear idea of what needs to be done to get consensus on May’s deal.

“Now there are very exhaustive discussions on both sides to try and find a way to achieve (a solution),” he said. “Both sides want to find a way through this and we’re hoping for that success to happen this weekend in time for the vote.”

On Feb. 14, parliament placed themselves against May in a 303 to 258 symbolic vote, telling the prime minister that they weren’t in support of her plans to renegotiate with the EU.

“Tonight’s vote shows there is no majority for the prime minister’s course of action in dealing with Brexit,” Labour Party leader Jeremy Corbyn said to Speaker of the House of Commons John Bercow. “Yet again her government has been defeated. The government cannot keep on ignoring parliament or plowing on towards the 29th of March without a coherent plan.”

A spokesman for May’s office said that the prime minister still planned to make changes to her deal, and that Conservative lawmakers only opposed her in the symbolic vote because they feared that making no deal with the EU would no longer be an option.

If May can come up with a deal that will satisfy the EU and parliament before Tuesday’s vote, then the UK can avoid the risk of an economic collapse, which many businesses are worried will happen if the country makes a no-deal hard exit on Mar. 29.

May’s last deal failed to pass parliament in a 432 to 202 vote in January because the country would have had to follow the EU’s rules and continue to fund their budget without being properly represented.