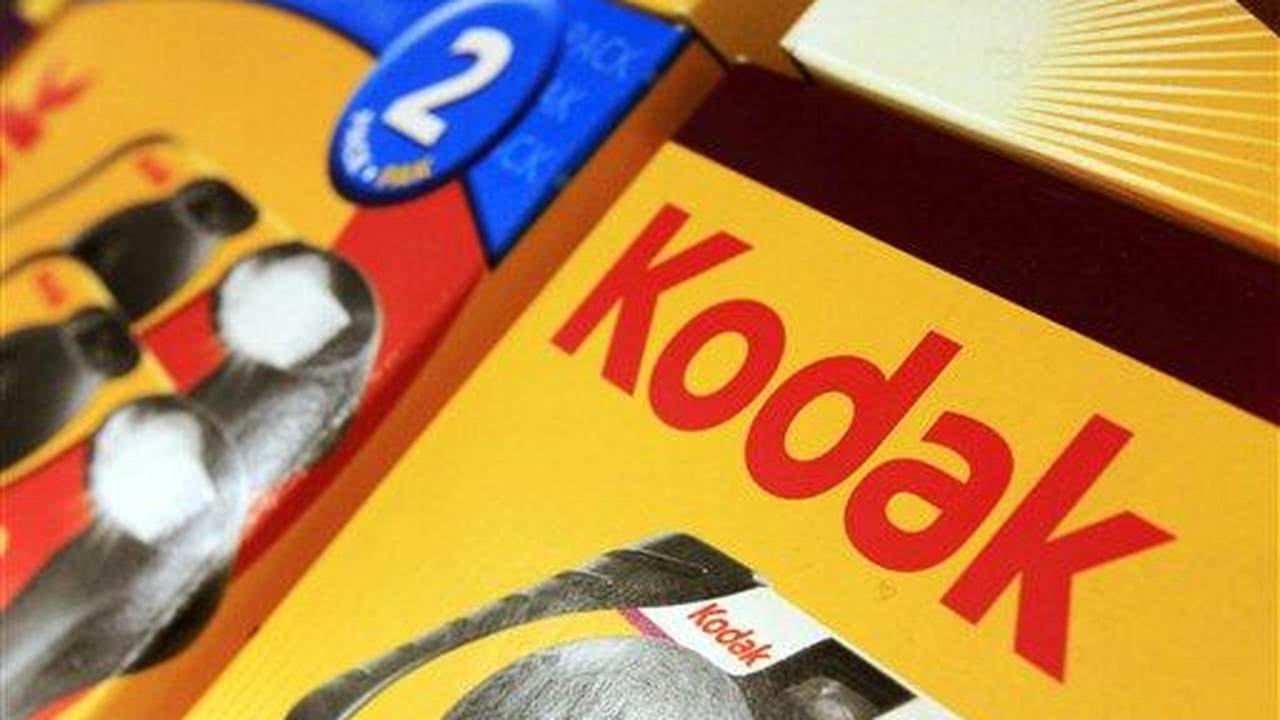 Kodak has joined the ranks of American companies and organizations -- Nike, Disney, the NBA and a host of others -- that prostrate themselves before the Chinese Communist Party in order to maintain access to China's large and lucrative market.  Western values and basic morality are disposable afterthoughts.  It seems the tyrants of Beijing and their online trolls were perturbed by an Instagram post on the New York-based photography company's account.  Under a familiar pattern, one thing led to another, culminating in an abject and humiliating apology -- with the 'offending' content deleted.  The New York Times reports:

The American company Eastman Kodak has deleted an Instagram post featuring images of Xinjiang, a western Chinese region where the government is accused of grave human rights violations, after an online backlash from Beijing’s supporters. The post was promoting the work of the French photographer Patrick Wack, who made several trips to Xinjiang in recent years and has collected his images into a book. The project received a lift last week when Kodak shared 10 of his images — all shot on Kodak film — with its 839,000 Instagram followers. In the Kodak post and on his own Instagram account, Mr. Wack described his images as a visual narrative of Xinjiang’s “abrupt descent into an Orwellian dystopia” over the past five years. That did not sit well with Chinese social media users, who often object vociferously to Western criticism of Chinese government policies. In addition to deleting the post, Kodak apologized for “any misunderstanding or offense” that it might have caused. Kodak is not the first international company to apologize for perceived transgressions over Xinjiang, where Western politicians and rights groups say that Uyghurs and other Muslim minority groups have been subjected to forced labor and genocide by the Chinese government.

Forced labor, forced sterilization and abortions, forced "re-education," concentration camps, systematic sexual assault, and outright genocide. That's the CCP's heinous and ongoing legacy in XinJiang, but the words "never again" ring hollower than ever. Disney thanked the CCP for the privilege of filming a movie in the province where Uighurs are being egregiously abused, and now Kodak is erasing photos and accompanying criticism from the region, desperate to remain in Chinese consumers' good graces.  China's government is using economic blackmail to enforce its worldview and stifle opposition, even in the West.  Grim.  Speaking of grim:

Four more former senior employees of the now-closed Apple Daily were charged under Hong Kong’s national security law on Wednesday night. Police officers detained former associate publisher Chan Pui-man and ex-editorial writers Fung Wai-kong and Yeung Ching-kee when they answered bail following their arrest and release last month. The fourth suspect was former executive editor-in-chief Lam Man-chung, who was taken into custody by officers from the force’s National Security Department after daybreak. The four have been charged with conspiracy to collude with foreign forces to endanger national security and are due to appear at West Kowloon Court on Thursday.

The Communist thugs have already forced this newspaper out of existence, but just for good measure, they're prosecuting its journalists on garbage charges related to the supposed endangering of "national security" via supporting democracy. They're sending a message. Sen. Ben Sasse reacted to this chilling development with appropriately scathing contempt:

For all the wailing about "complicity" and silence being "violence" these days, American companies who turn blind eyes to these outrages -- or actively apologize for bruising the CCP's sensibilities by drawing any negative attention to the abuses -- are actually complicit in those abuses.  In the face of actual evil, sides must be taken.  Demoralizingly, many corporations, including those who wink at "social justice" causes when convenient, are taking the wrong side.  And it still seems as though the international community is maintaining a 'full speed ahead' approach to next year's Beijing olympic games -- an appalling vindication of China's horrific conduct and shamelessness.