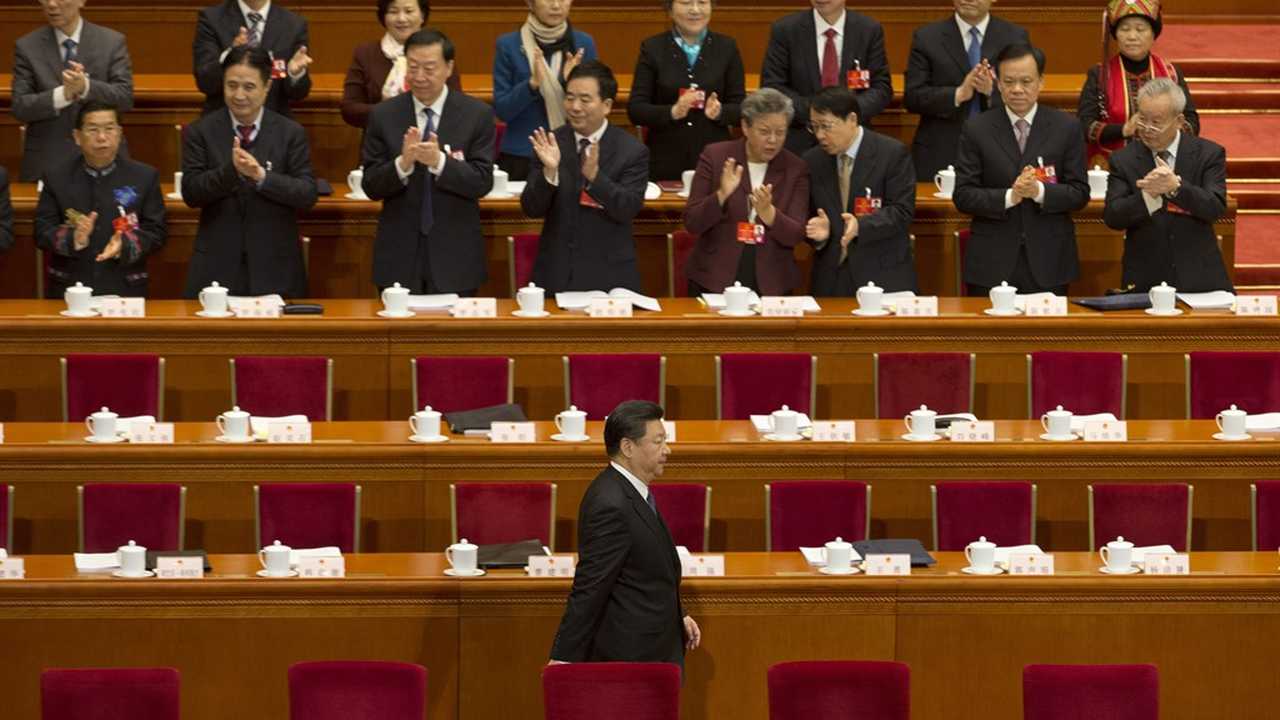 An absolutely horrific story, not because it's incredible, but because it's entirely credible.  We already knew that the Chinese Communist Party is running concentration camps for religious minorities, and is engaged in outrageous ethnic cleansing activities -- including forced sterilization and coerced abortions.  If that's not disturbing enough unto itself, a whistleblower doctor is adding more details based on her firsthand experiences in Xinjiang province (via Radio Free Asia):

Hospitals in northwest China’s Xinjiang Uyghur Autonomous Region (XUAR) were forced to abort and kill babies born in excess of family planning limits or who were in utero less than three years after the mother’s previous birth, according to a Uyghur obstetrician and other sources. Hasiyet Abdulla, who currently lives in Turkey, worked in multiple hospitals in Xinjiang over the course of 15 years, including the XUAR Hospital of Traditional Uyghur Medicine. Abdulla recently told RFA’s Uyghur Service how hospital maternity wards implemented family-planning policies that restrict Uyghurs and other ethnic minorities to three children in rural areas and two in urban centers. Enforcement of restrictions requiring women to space out pregnancies by at least three years included killing newborns who had been born after being carried to full term, she said...

Abdulla told RFA that hospital family-planning units carried out the operations, including for women who were “eight and nine months pregnant,” adding that in some cases, medical staff would “even kill the babies after they’d been born.” For babies who had been born at the hospital outside of family-planning limits, she said, “they would kill them and dispose of the body.” “They wouldn’t give the baby to the parents—they kill the babies when they’re born,” she said. “It’s an order that’s been given from above, it’s an order that’s been printed and distributed in official documents. Hospitals get fined if they don’t comply, so of course they carry this out.”

This is beyond appalling.  It's barbaric.  The world must act accordingly.  China cannot be treated like a normal member of the international community, and ideas like this ought to be seriously considered.  Interestingly mentions of China were conspicuously scarce-to-absent during last week's Democratic National Convention, but that's likely to change dramatically starting tonight.  It would also be interesting to see if any of the entities that have ostentatiously announced boycotts of various US states over political disagreements will foreswear doing business in China, given the regime's long and growing rap sheet of human rights abuses.

One such organization, the National Basketball Association, has repeatedly demonstrated a willingness to preen for a woke domestic audience while utterly debasing itself on (and literally in) China.  One of the most obnoxious hypocrites on this front is NBA star LeBron James, who recently weighed in on President Trump's (dumb) Goodyear tires boycott tirade, as he weighs in on basically every major controversy that doesn't involve any risk to the league's pot of Chinese money:

LeBron James on Trump call to boycott Goodyear: "We don't bend, fold or break for nobody" https://t.co/pOXRYDqhu7 pic.twitter.com/UMQ0pN37zy

"Except the Chinese communist party," snarks Will Cain, completing the political commentary equivalent of a breakaway layup.  Parting thought: Aside from a partial recantation from Steve Kerr, have any of the NBA's big names who either defended China or embarrassingly avoided questions about the situation, amended any of their previous comments?  I'll leave you with a flashback to one of them, who just endorsed Joe Biden in prime time:

Steph Curry: “This situation, there’s a huge weight and gravity to it. There’s going to need to be some things to be sorted out. But I just don’t know enough about Chinese history and how that’s influenced modern society...This is not going away. So we’ll come back to it.” pic.twitter.com/6h6ZGWHQtq

How'd the big research project into "Chinese history" go, buddy?  Let's "come back to it" now.