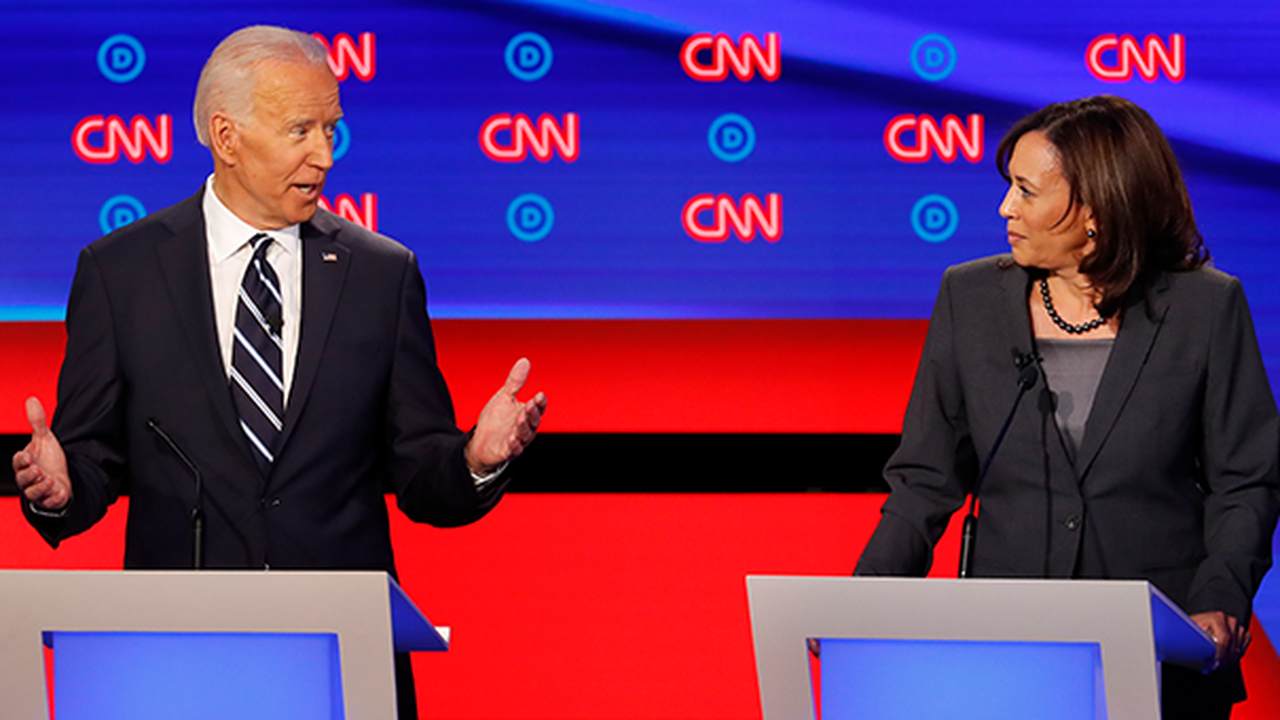 According to a report published by Politico, California Senator and former presidential candidate Kamala Harris is emerging as a leading contender to join Joe Biden's ticket ahead of the fall election. The former vice president has pledged to select a woman, and has even cast himself as something of a place-holder within the Democratic Party, which is becoming increasingly leftist and identity-obsessed. Harris is very liberal and a woman of color, and the match that at least makes some sense on paper is getting a very serious look from Team Biden:

Kamala Harris was written off as a possible vice presidential pick for Joe Biden last year after a cutting debate performance where she seemed to suggest he was racially insensitive. Now, Harris is not only in top contention, but Biden aides, surrogates and major donors see her as the best fit at the onset of the process — at least on paper — to join him atop the Democratic ticket...Biden’s campaign has formally started vetting a group of prospects that includes roughly a dozen women. But in interviews, more than two dozen Democrats, including advisers, allies and donors aligned with Biden, returned to Harris as an early frontrunner. Sen. Elizabeth Warren of Massachusetts, the favorite among progressives, was also seen as rising above the pack. Biden and his family were stung by the June debate exchange over his record on school busing. The attack was particularly hurtful because of Harris’ bond with Biden’s late son Beau, also a one-time state attorney general. But Biden and others close to him have come to view Harris’ debate knockdown as part of the rough and tumble of presidential campaigning.

As I said on "America's Newsroom," the bad blood over Harris' planned racial hit on Biden over decades-old school busing feels like water under the bridge -- especially because the attack didn't find its mark with voters, and Harris ended up looking rather silly on the substance of the issue. Politicians patch things up when it serves their interests and ambitions, after all:

I've always found Harris to be a policy lightweight, a clumsy and cynical panderer, a transparent opportunist, and a craven demagogue. She also holds more or less the opposite ideology of what might appeal to a libertarian-leaning conservative. I also generally share this sentiment:

I will reiterate: Joe Biden should NOT pick Harris. She is a BAD attack dog and VP candidates need to be GOOD attack dogs. Biden knows this better than everyone having been the target of an attack on him that Harris MAJORLY fluffed and having been the VP nominee himself. https://t.co/tPYd0qbrD5

The standard for Biden's decision is a "do no harm" principle. His national lead has been historically steady for months, although a potential national recovery in the late summer or early fall could shake things up in ways that remain to be seen. Biden has demonstrated real strength among African-American voters already, and Barack Obama campaigning hard for him will likely solidify that advantage. In other words, I'm not sure Biden "needs" a woman of color on the ticket -- although it would admittedly be entertaining to see Stacy Abrams press that identity card so shamelessly, only to witness a different person who checks those boxes get the nod. I'd also like to see Harris tie herself in knots over 'believing women' and Joe Biden, given her especially disgraceful role in the Kavanaugh circus.

But as I said in the clip above, this election very much feels like it's shaping up to be a referendum on whether Donald Trump has earned four more years in office, and whether Joe Biden is an acceptable and capable replacement. The running mate selection drama is delicious fodder for the political press, but it's not the entree. Despite both presumptive nominees' fairly advanced ages, one could make an argument that their respective running mates will play even less of a role than would typically be the case. I'll leave you with the latest two polls showing Biden ahead by three and four percentage points nationally, as well as this 'comeback'-themed ad from Team Trump:

Later in my Fox segment, I said that Americans love a good comeback story. The key for Trump may well be whether his upbeat message is sufficiently reflected in voters' everyday experiences and realities to actually resonate and succeed.