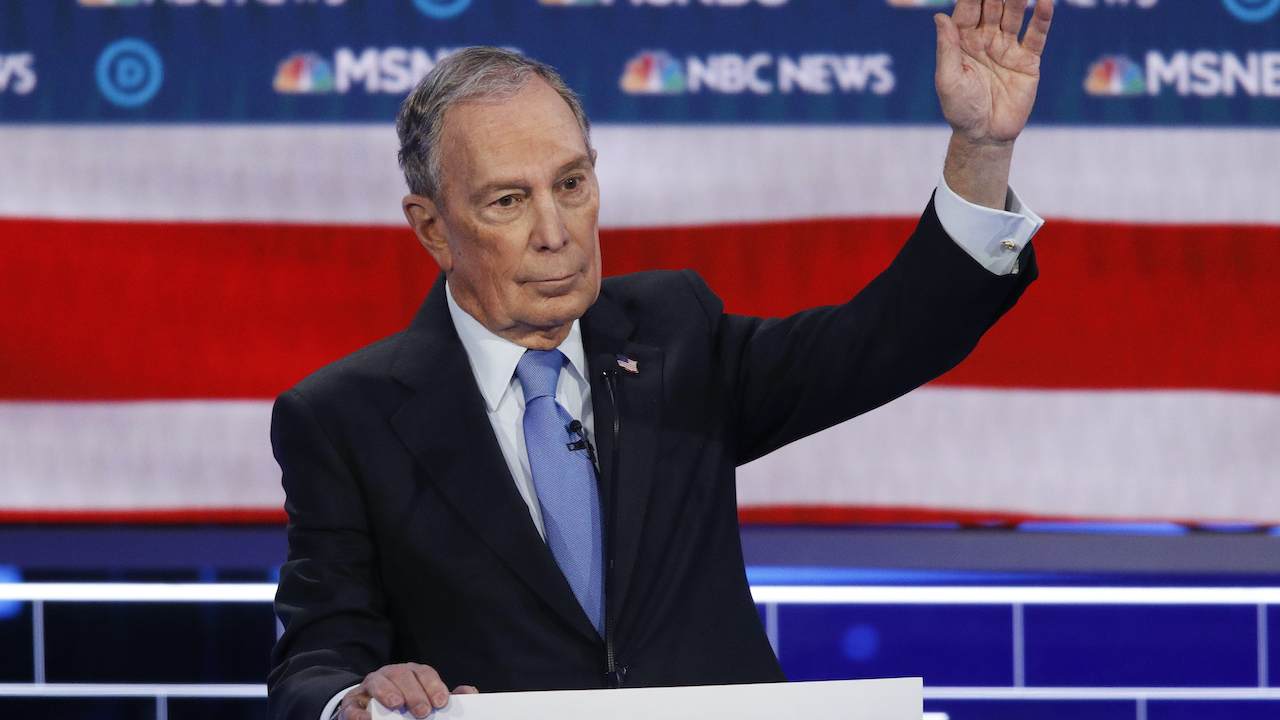 Lacking grassroots networks of supporters cultivated over many months on the campaign trail, Mike Bloomberg's campaign has been paying people to post pro-Bloomberg content on social media.  This expensive astroturf effort, flagged by the Wall Street Journal, establishes quotas for posts and texts among members of the handsomely-compensated mercenary online army.  How has that been going in practice?  Perhaps not quite according to plan, as the Los Angeles Times reports:

The Bloomberg 2020 operation is hiring more than 500 people at a rate of $2,500 a month to text friends and post on social media in support of the former New York mayor and billionaire media mogul. These “deputy field organizers,” as the campaign calls them, are focusing their efforts on California and its 415 delegates up for grabs. It has not been picky in choosing messengers. A look inside the strategy — based on documents reviewed by The Times, interviews with five of these organizers and an examination of the operation’s social media output — shows that many have been using accounts created within the last month for their Twitter posts. At least two had openly posted in support of other candidates...the vast majority of these organizers have modest personal audiences. On Twitter, many have fewer than 20 followers. Rather than create their own content, organizers often use the exact text, images and links provided to them by the campaign. The result has been a stiff outpouring of tweets, Facebook and Instagram posts with little to no engagement and sometimes half-hearted text messages. Some organizers were so robotic in their tweeting, Twitter suspended their accounts Friday evening after The Times inquired about whether their behavior complied with the platform’s rules on spam and manipulation.

You'd need to have a heart of stone not to laugh at some of this -- and to laugh even harder at this nugget, from further down in the story:

Four out of the five organizers interviewed said the promise of money was the primary factor in their decision to work for the Bloomberg campaign. One, a recent college graduate living in Sacramento, describes himself as an ardent supporter of Vermont Sen. Bernie Sanders, the current front-runner for the Democratic nomination. But he hasn’t had a steady stream of income since October, and the Bloomberg gig seemed like easy money, he said. The ambivalence shows up in his outreach efforts. “Sam Donaldson just nailed it: Mike Bloomberg is the president we need to unite our country!” he texted one of his friends Monday through Outvote — the app organizers use to reach out to their personal networks. He drew on language provided to him by the campaign and logged the text as part of his Bloomberg organizer responsibilities. But he quickly followed up with a personal addendum: “Please disregard, vote Bernie or Warren.”

Who could have ever guessed that paying a bunch of random people thousands of dollars monthly to regurgitate content about a candidate they may not even like or support might deliver a poor return investment on generating genuine excitement or interest? The Sanders campaign, it seems, has the opposite problem. The Vermont Socialist's passionate army of online fanatics descends like angry locusts on critics, bullying some and alienating many. At last week's Democratic debate, Sanders was asked about this phenomenon. He disavowed any abuse caused by his supporters, but suggested that the worst offenders might actually be Russian bots. But some of the evidence points in another direction:

NEW: Bernie Sanders says the toxicity attributed to his supporters could be the work of Russian trolls. But some of his fans' targets say it's often led by senior people on his payroll, and folks in the know say Sanders "knows exactly what is happening." https://t.co/5MgYacEXQA

Sanders' claim to "disown" supporters whose behavior crosses the line was far stronger a denunciation than what he'd offered days before, when his campaign responded to reports of the threats against Culinary officials with a statement urging "supporters of all campaigns" to refrain from "bullying or ugly personal attacks”...But a number of Democratic activists, strategists, and campaign insiders who know how Sanders operates say his protestations ring more than a bit hollow. Instead, these insiders describe a campaign that has dispensed with the largely positive tone which characterized Sanders' 2016 presidential run in favor of a combative, grievance-driven one. They say it is led by a team of "true believers" who have little experience with presidential campaigns, are too enthralled by Sanders to question or challenge him, and who knowingly wield swarms of angry, harassment-happy pro-Sanders social media users like any other tool in the campaign toolbox for a candidate who, despite claims to the contrary, is perfectly fine with it. "That's the tone that has been set by campaign leadership," said one Democratic strategist, a Bernieworld veteran.

After being aggressively critical of Sanders in a recent Fox News segment, I personally received my first taste of the radical Bernie Bro treatment -- which I don't believe was led by any members of his campaign but you never know.  It entailed furious tweets, social media DM's, and messages like this (content warning):

After that Fox segment, Bernie Bros already polluting my timeline with stuff like this — plus seething hatred of Israel. Can’t wait to tell even more truth for 3 hours on the radio today. pic.twitter.com/epmmb1hjKe

If the trajectory of the race is not altered dramatically, and very soon, we're going to be in for a very long eight-plus months.  I'll leave you with a liberal writer making the case that yes, nominating is a huge risk for Democrats:

The case for panic https://t.co/PXNRkE6CAq