NYT: Two-Thirds of 2016 Trump Voters Who Defected to Democrats Last Year Plan to Support His Re-Election 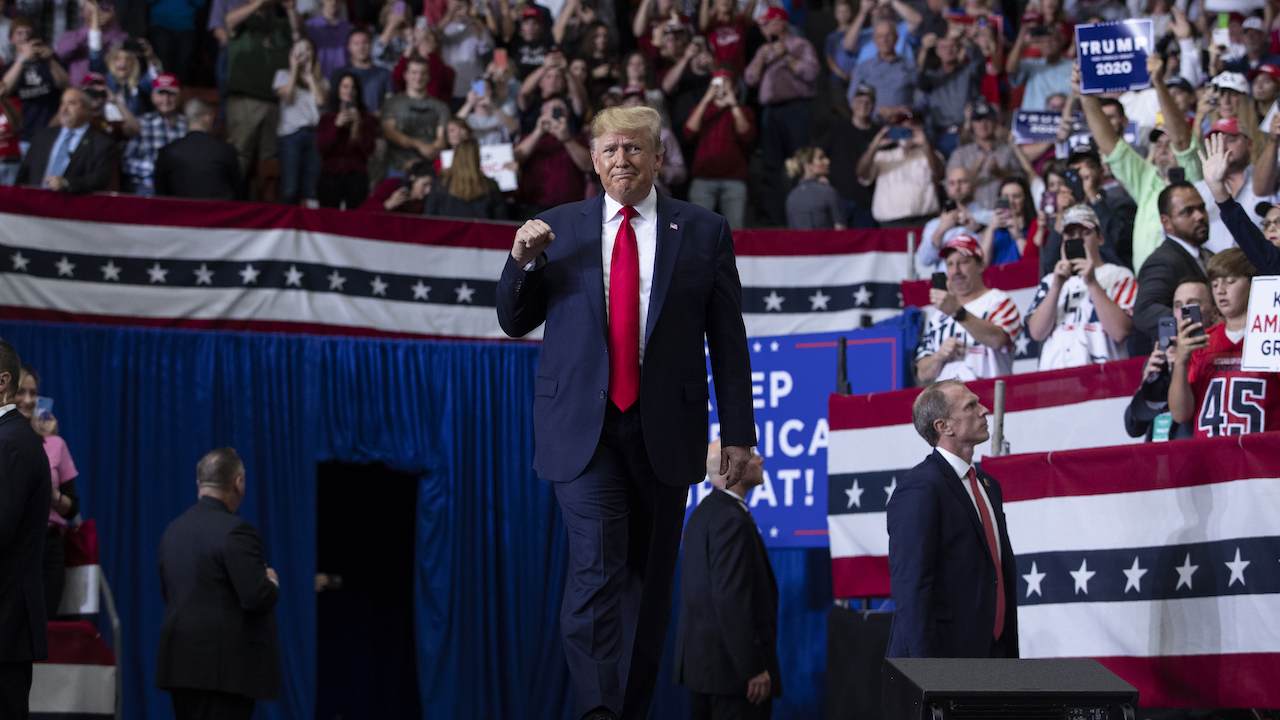 One of the reasons Republicans lost the House of Representatives last year, dropping 40 net seats in the midterm cycle, is that a critical mass of 2016 Trump voters flipped over to the opposition party. In the aftermath of that election, we argued that in order for President Trump to secure a second term, it would be imperative that he broaden his appeal to bring persuadable and swing voters back into the fold. Independents helped Trump win nearly three years ago, then tipped decisively (+12) to the Democrats two years later (with Trump's low approval rating acting as a heavy yoke around his party's neck). How will these swingy voters behave next fall? Here's one metric that must be worrying to Democrats:

"Nearly two-thirds of voters in six battleground states who voted for President Trump in 2016 — but for Democratic congressional candidates in 2018 — say they intend to back the president against each of his top rivals, according to recent polling".https://t.co/MSXFcLnxOI

Midterm victories in Pennsylvania, Michigan and Wisconsin gave Democrats hope of retaking the Rust Belt battleground states that handed the presidency to Donald J. Trump in 2016. Yet success in the midterms might not mean as much for Democratic presidential candidates as the party might think. Nearly two-thirds of voters in six battleground states who voted for President Trump in 2016 — but for Democratic congressional candidates in 2018 — say they intend to back the president against each of his top rivals, according to recent polling by The New York Times Upshot/Siena College. The results suggest that the party’s winning formula in last year’s midterms may not be so easy to replicate in a presidential election. The Democrats’ relatively moderate House candidates succeeded in large part by flipping a crucial segment of voters who backed the president in 2016. If these voters remain open-minded again in 2020, Democrats will have a ready-made blueprint for winning back the crucial Rust Belt battlegrounds.

This data can be seen two ways, from the president's perspective. Half glass full: Democrats' midterm coalition could be very challenging to recreate in a presidential year, millions of non-college educated whites who stayed home last fall may be mobilized to help Trump win again, persuadable voters appear to be leaning in a pro-Trump direction, and the president looks to be on track to woo a large majority 2018 defectors back into the fold. Half glass empty: Trump is president because he won three 'blue' midwestern states by tiny margins, so any erosion of support could prove fatal. In other words, winning two-thirds of Trump '16 / Democrat '18 voters may sound great, until back-of-the-envelope calculations demonstrate how devastating losing all or most of that remaining one-third would be. There's still work to be done, obviously, and some polling suggests that certain hypothetical opponents would enhance his chances. This sort of thing is also rather helpful:

Strong economic data supported the gains. Durable goods orders rose 0.6% in October while economists expected a decline of 0.8%. Weekly jobless claims, meanwhile, fell to 213,000 from 227,000. Third-quarter GDP was revised to show growth of 2.1%. That’s up from a previous reading of 1.9%. Meanwhile, the Federal Reserve’s summary of economic conditions — better known as the Beige Book — showed the central bank saw the economy expanding modestly between October and mid-November.

Imagine adding a trade deal with China, which could give the markets and overall economy an added shot in the arm (although that possibility may have dimmed a bit, at least temporarily, with Trump's correct decision to sign a pro-Hong Kong freedom resolution last week). The good economy may have mitigated some GOP losses last year, but it clearly was not enough. Trump's re-election chances will be shot if the economy takes a negative turn over the next 11 months; but as long as it's viable, so is he -- especially because presidential elections come down to a top-level choice, with the consequences of interrupting prosperity coming into starker relief. Finally, there's this factor, which may not be playing the way Democrats had hoped, hence the bandaid-ripping rush:

The big rush: House Intel Dems will have impeachment report finished by Monday. Will give members 24 hours to review. Vote Tuesday. https://t.co/URWy0es4lg