NYT: We Examined Persuadable 2020 Voters, and What We Discovered Is Good News for Trump 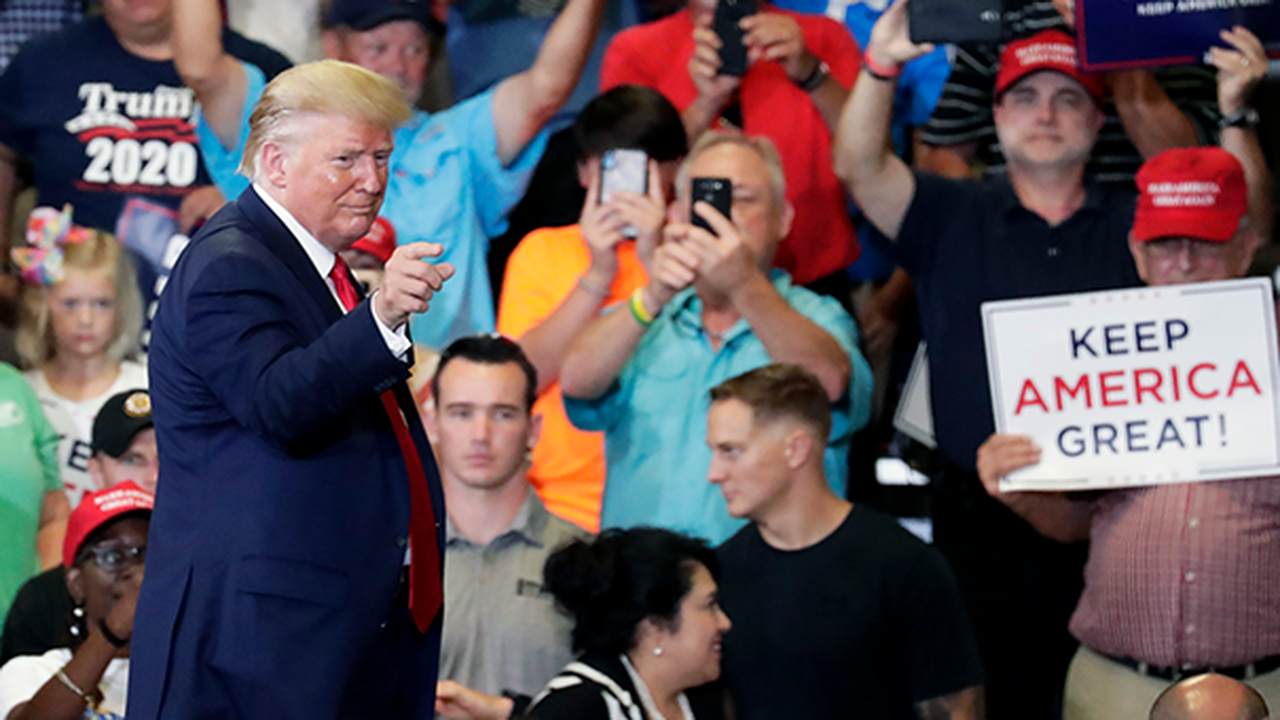 After setting off polling shockwaves among Democrats, liberals and journalists -- in many cases, all three -- earlier in the week, The New York Times drilled down into the data and produced an interesting analysis. Its mission was to identify who, exactly, America's most persuadable voters are, heading into 2020. The results painted a picture that leans favorably toward President Trump. I'll again caution against overstated exuberance among Trump supporters, but this helps explain why the incumbent's prospects for re-election remain seriously viable:

Here's how The New York Times narrowed down the universe of 'truly persuadable' voters:

And a few key snippets from the findings:

The poll adds a new mix of characters to the quadrennial cast of swing voters, like a somewhat conservative, college-educated suburban man who does not approve of the president’s performance, but strongly opposes a single-payer health system. Or a young man, perhaps even black or Latino, who is not conservative on policy but resents his generation’s stringent cultural norms and appreciates the president’s defiant critique of political correctness. For now, these persuadable voters in battleground states have a favorable view of Joe Biden and Bernie Sanders, but not of Elizabeth Warren, our polling shows...As a group they are 57 percent male and 72 percent white, and 35 percent have college degrees. Most, 69 percent, say they usually vote for a mix of both Democratic and Republican candidates. Among those who voted in 2016, 48 percent say they voted for Mr. Trump, 33 percent for Hillary Clinton, and 19 percent for Gary Johnson or Jill Stein or no one. Those who voted in the midterm election voted for the Republican congressional candidate by one point.

These potentially persuadable voters are divided on major issues like single-payer health care, immigration and taxes. But they are fairly clear about what they would like from a Democrat. They prefer, by 82 percent to 11 percent, one who promises to find common ground over one who promises to fight for a progressive agenda; and they prefer a moderate over a liberal, 75 percent to 19 percent. Overall, 40 percent describe themselves as conservative, compared with 16 percent who say they’re liberal. Forty percent are moderate. Mr. Trump leads Ms. Warren, 49 percent to 27 percent, among this broadly defined group of persuadable voters, slightly improving on his margin over Mrs. Clinton. He holds a narrow 43-37 edge over Mr. Biden, a slight improvement for the president over the Republican performance in the midterm election but far from matching his tallies in 2016.

Those are pretty promising data points for the Trump campaign, and they practically amount to a campaign ad for Joe Biden. The numbers fire off another warning shot about Elizabeth Warren, who is uniquely disliked by swing voters. Trump would trounce her among this group by 22 percentage points, whereas Biden would keep that margin to single digits, likely enough to flip the White House. As for liberals who cite the 2018 blue wave as evidence that Trump is doomed next year, elections guru Dave Wasserman points out that many millions of Trump-friendly voters didn't show up in the midterms. This group, many of whom live in crucial states, could represent a re-election cavalry just waiting to be summoned and deployed:

There's plenty of upside for Trump, esp. in Upper Midwest.

This is not to say that these eligible voters will turn out next November -- at least in the numbers, and with the margins Trump may require -- but they're a serious X-factor that will keep Democratic strategists up at night. As for the current frenetic impeachment saga playing out inside the Beltway, it doesn't appear to be resonating with many voters (even among some Democratic voters) in middle America:

Yet, House Democrats are fixated on impeachment and aren't getting anything else done for the American people. pic.twitter.com/ERDIRfjJUb

“Nothing Concerning” with Ukraine Call

Election Day is in a year.

Keep it up Democrats. pic.twitter.com/oUz6W5cSR1

As we've documented, the polling on impeachment certainly isn't great for Trump, but it's not nearly as devastating as simplified top-lines and storylines might indicate -- particularly in battleground states. Presidential misconduct shouldn't be ignored or swept under the rug based solely on lukewarm public opinion, but voter sentiment is a highly relevant factor in a process that is political at its core. I'll leave you with another national poll showing Trump getting his clock cleaned by the entire Democratic field:

If the nationwide margins are anywhere near this next fall, there is zero chance the electoral college could save Trump. He'd lose in a comprehensive blowout. But as Allahpundit asks, does a splashy national poll of registered voters like this one really make much of an impact on the heels of the Times' detailed likely voter findings, drawn from the most important 2020 states? One of these data sets has to be way off.