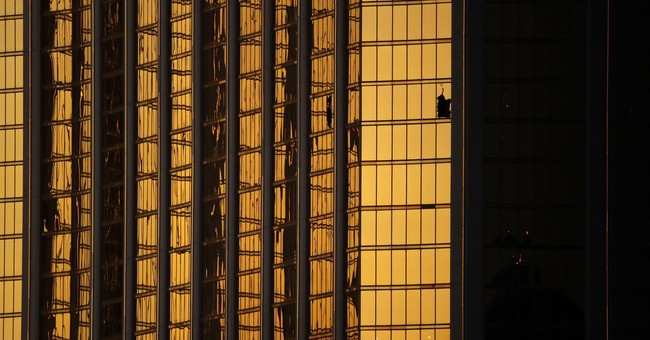 It's really quite extraordinary that several days after the deadliest mass shooting in modern US history, the public still has no solid explanation for why the killer acted.  It's that enduring mystery, I think, that makes this story so uniquely creepy and unsettling -- in addition to being profoundly sickening and appalling, for all the obvious reasons.  The Pulse nightclub shooter pledging allegiance to ISIS as he slaughtered innocent revelers on a Saturday night was evil and stomach-turning, but it "made sense."  It fit neatly, if horrifyingly, into an intuitive box.  Political zealots trying to eliminate the objects of their hatred (think the Family Research Council and Scalise ambushes) also "makes sense."  Likewise, there's something understandable, amidst the evil, about disgruntled workers or ex-lovers resorting to unhinged violence.  The same applies to criminally insane obsessives or troubled loners, as we saw with in the Gabby Giffords incident, and at Sandy Hook.

But the monster of Vegas wasn't estranged from his family, doesn't appear to have held strong religious or political affiliations, was in a romantic relationship, didn't seem to exhibit previous outward signs of acute mental illness, and has apparently left behind precious few breadcrumbs leading back to a clear motive.  While he doesn't exactly cut a "normal" profile, he's not as isolated or outwardly disturbed as other mass shooters were, in retrospect.  Regardless, it's obvious that he was determined to kill as many human beings as possible, and went to extraordinary lengths to execute his diabolical plan.  But why?  We still don't know.  But we're learning more by the day, including this chilling report:

Officials briefed on the investigation told ABC News that Paddock may have visited several music festivals in the greater Las Vegas area over the past several months. All of the venues are believed to have been within driving distance of Las Vegas. Paddock is also believed to have made regular trips to the Mandalay Bay Resort and Casino starting Sept. 3 and through the rest of the month. He was known at "most of the big casinos" on the Las Vegas Strip because he was a major player who came in a lot, the officials said...During a news conference Wednesday night, Sheriff Lombardo confirmed that Paddock had rented a room that weekend at the Ogden hotel in downtown Las Vegas. Authorities have recovered items and surveillance video from when he stayed there, Lombardo said...Officials briefed on the investigation also told ABC News that Paddock booked hotel rooms in Chicago in early August during Lollapalooza music festival. One of the hotels where he had reservations was the Blackstone on South Michigan Avenue across from Grant Park, where the annual event took place. Investigators believe Paddock may have also scouted out sites in Boston, the officials said.

These developments suggest that he was scouting multiple locations, in multiple cities, from which to unleash his senseless carnage.  This is premeditation on steroids, which only renders the lack of apparent motive even more terrifying.  We're probably looking at months and months of meticulous planning here.  It's not much of a logical leap to assume that he was making mental notes and plotting his attack with the sole goal of inflicting the highest possible body count.  That's probably why he secured a hotel room overlooking the main stage at Lollapalooza, the hyper-popular and always-packed Chicago-based festival.  Not that anyone would doubt it at this point, but additional reports indicate that he was obsessed with wreaking as much violence and chaos as one man possibly could, including possessing explosives.  But was it really just one demented man at work?  Authorities suspect that he may not have acted alone:

As the killer's female companion -- who's now back in the US -- tells her story to investigators (many people are understandably skeptical of her tale), could this be the most significant lead to date?

Investigators are trying to identify a mystery woman seen with Stephen Paddock in the days before the Las Vegas massacre, several law enforcement officials told NBC News. They don't know if she has any connection to the attack, but they would like to speak with her as they build a timeline of Paddock's last days, the officials said. Paddock's longtime girlfriend, Marilou Danley, was not in Las Vegas when he turned a room at the Mandalay Bay hotel into a sniper's nest and murdered 58 people attending an outdoor music festival 32 floors below.

Might this 'mystery woman' have been an accomplice? Or at least have some insight into his state of mind?  I'll leave you with this: Are investigators suppressing a political motive?

Col. Tony Shaffer told Fox News on Wednesday that law enforcement is “holding back” information that would suggest a political motive to the massacre. According to Shaffer's sources, authorities have reviewed the shooter's recorded footage during the attack and have a better understanding of the motivation. “My sources tell me they reviewed the information on those videos and there are things that do lay out some understanding of his motivation,” the CIA-trained former senior intelligence officer said, adding that officials haven't released the new information because of “leads they want to follow.” When pressed on why officials were reluctant to share the information, Shaffer said: “There is a political angle people are concerned about.”

That's what one analyst is hearing from unnamed sources, so proceed with appropriate caution. If there's a political angle to this, it'll eventually come to light.  So if that turns out to be accurate, and if the powers that be are keeping it under wraps for now, is the idea that they're chasing down active leads that could be compromised if the public knew more?  Shafer also speculated that the shooter may have been motivated by politics because the country music concert he targeted was attended by many people who were likely to be Trump supporters.  But if that's the case (it sounds like pretty thin conjecture to me at this point) why would the killer have allegedly surveilled Lollapalooza in Chicago?  Like many pieces of this story, that strand just doesn't add up. It's all just so, so bizarre.