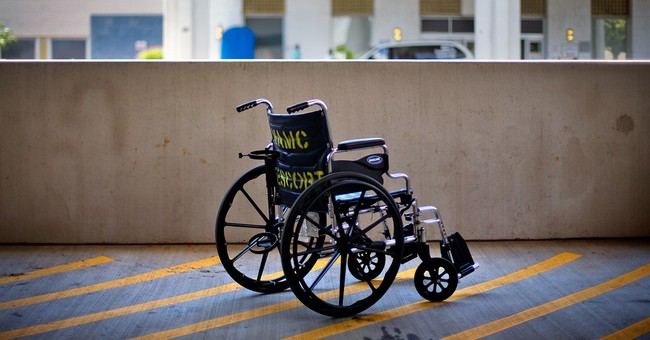 Last week, we reported on the Veterans Affairs Department's internal audit that determined that more than 100,000 US veterans are either presently languishing on medical wait lists, or never received an appointment at all over the last decade. The probe comes in the wake of revelations that VA bureaucrats across the country engaged in "systemic" manipulation of official wait-time statistics in order to conceal the true extent of the problem, and to protect their own performance-based bonuses. Whistleblowers have emerged from coast to coast, shining the spotlight on the fraudulent practices, malpractice, outrageous care, and "crime syndicate" culture. Given the breadth of dysfunction and corruption at the agency, some may wonder why these sources didn't step forward sooner. The answer is twofold: First, some did sound the alarm. Red flags were raised, investigated, and ignored for years. Second, the VA bureaucracy clamped down hard on people who spoke out of school. The New York Times reports:

Staff members at dozens of Department of Veterans Affairs hospitals across the country have objected for years to falsified patient appointment schedules and other improper practices, only to be rebuffed, disciplined or even fired after speaking up, according to interviews with current and former staff members and internal documents...In interviews with The New York Times, a half-dozen current and former staff members — four doctors, a nurse and an office manager in Delaware, Pennsylvania and Alaska — said they faced retaliation for reporting systemic problems. Their accounts, some corroborated by internal documents, portray a culture of silence and intimidation within the department and echo experiences detailed by other V.A. personnel in court filings, government investigations and congressional testimony, much of it largely unnoticed until now.


The culture of cover-up and muzzling is pervasive and dates back many years:

The federal Office of Special Counsel, which investigates whistle-blower complaints, is examining 37 claims of retaliation by V.A. employees in 19 states, and recently persuaded the V.A. to drop the disciplining of three staff members who had spoken out. Together with reports to other watchdog agencies and the Times interviews, the accounts by V.A. whistle-blowers cover several dozen hospitals, with complaints dating back seven years or longer...The number of claims of retaliation by V.A. whistle-blowers is among the highest of any federal agency, said Carolyn Lerner, who runs the Office of Special Counsel, and have been documented by Congress going back at least two decades. In 1992, a congressional report concluded that the V.A. discouraged employees from reporting problems by “harassing whistle-blowers or firing them.” In 1999, a House subcommittee hearing on “Whistleblowing and Retaliation in the Department of Veterans Affairs” found little had changed. Today V.A. employees and whistle-blower lawyers say the problem has only gotten worse.


Click through to read individual cases of VA doctors, nurses and other officials being reprimanded, put on administrative leave, and even escorted out of the building by security for raising objections to fraudulent practices. When one doctor refused to cease and desist writing up formal complaints, he was deemed "disruptive" by the apparatchiks and fired. A pyschologist's performance reviews suddenly grew hostile and negative after she spoke out against certain policies. And then there's this:

In Pittsburgh, two V.A. doctors specializing in Legionnaires’ disease, Dr. Janet Stout and Dr. Victor Yu, said they were forced out after complaining about budget and salary matters in 2006. The V.A. then closed their lab and destroyed their specimens — decisions the doctors contend contributed to a 2011 outbreak of Legionnaires’ at the Pittsburgh hospital that killed six people. “The V.A. isn’t a place where you speak out,” Dr. Stout said in an interview.


Each and every story detailed in the article is outrageous. Incredibly, the VA has frequently used supposed violations of doctor-patient confidentiality as a pretext for sacking problematic employees, arguing that reporting misconduct is tantamount to breaching protocols. This is what unaccountable, government-run, bureaucrat-administered healthcare looks like. The abuses mentioned in the Times piece trace all the way back to at least the first Bush administration, and they've only become more entrenched. Reforms are welcome and necessary -- and this action seems like a decent start in many respects -- but ennui, complacency and avarice permeate the VA's DNA. There are no easy fixes for endemic flaws. Meanwhile, the FBI has opened up a criminal investigation into the VA, which may focus some bureaucrats' attention. (Whistleblowers and even the VA's Inspector General have alleged that officials at some facilities have been busy destroying evidence ever since this story burst onto front pages across the country). And more reports of veterans dying while awaiting care continue to seep out. Thankfully, the VA public relations team has its eye on the ball:

Our ocean is under threat. Join people all over the world and make a difference. #OurOcean2014 http://t.co/KJ9qtbd1hl