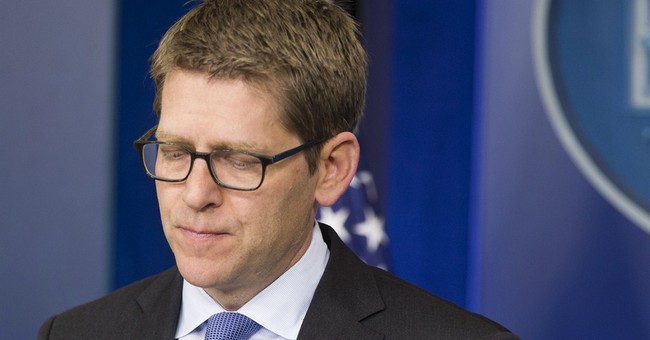 One staple in Barack Obama's excuse-making diet is that when bad things happen, he doesn't know anything. He's employed the ignorance defense repeatedly regarding the raging five-alarm fire that is the Obamacare roll-out. During his press conference last week, Obama stated that he wasn't "directly informed" about the myriad tech headaches, then cited his own intelligence as proof of his ignorance:


I’m accused of a lot of things, but I don’t think I’m stupid enough to go around saying, this is going to be like shopping on Amazon or Travelocity, a week before the website opens, if I thought that it wasn’t going to work.


Just yesterday, he kept up the "who, me?" routine, brushing off his smoldering crater of failure as a mere underestimation of difficulties:

Obama: "I think that we probably underestimated the complexities..."


But the evidence tells a starkly different story. Initial concerns about Obamacare's readiness first began to simmer in the program's infancy, back in 2010. Administration experts and allies began publicly raising red flags by early 2013, roughly coinciding with an independent review commissioned by the White House. Its findings, which were kept private, were damning:


The Obama administration brought in a private consulting team to independently assesshow the federal online health insurance enrollment system was developing, according to a newly disclosed document, and in late March received a clear warning that its Oct. 1 launch was fraught with risks. The analysis by McKinsey & Co. foreshadowed many of the problems that have dogged HealthCare.gov since its rollout, including the facts that the call-in centers would not work properly if the online system was malfunctioning and that insufficient testing would make it difficult to fix problems after the launch.


Months later, Obamacare's IT chief warned of the "plane crash" that awaited the implementation process. Internal end-to-end testing -- to the extent that it existed at all -- failed miserably only a few days before the October 1 launch date. And in stunning Congressional testimony just yesterday, Henry Chao admitted that up to 40 percent of Obamacare's web structure still isn't built. At every step of the process, however, high-ranking administration officials routinely asserted that everything was on track and on schedule to meet various deadlines. Indeed, White House spokesman Jay Carney is unfathomably still parroting that line. As this freeway car wreck piled up, with grave warnings and admonitions flying for months, are we seriously to believe that Obama didn't know about any of it? Fox News' Ed Henry offered Carney a chance to revise the president's Sergeant Schultz posture at yesterday's press briefing, resulting in this weasely but telling response:

White House press secretary Jay Carney said President Obama was told in April about a review of HealthCare.gov's problems, but Carney declined to specify the details of the briefing. Speaking to reporters Tuesday, Carney said, "The president received regular briefings on various aspects of implementing the [health care law], including the recommendations from this review and the steps that [agencies] had taken to address those recommendations." Carney did not say what details of the assessment the president learned. The report included warnings that the call-in centers would not work properly if the online system was malfunctioning, and that insufficient testing would make it difficult to fix problems after the launch.


So maybe he knew some things, but who can say the extent to which the president was aware of specific details, really? Let's all move on. Who really cares if the president is a habitual liar, or only disastrously incompetent? According to recent polling, the public seems to believe it's a bit of both.