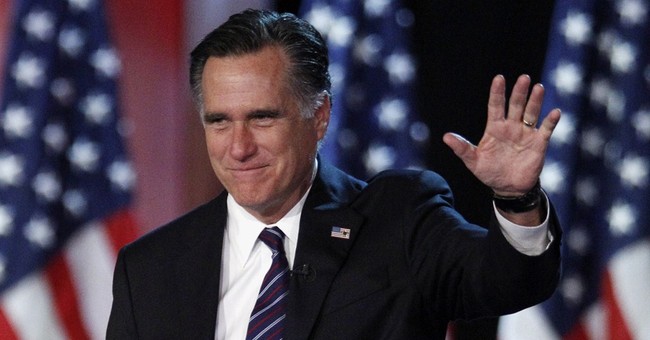 Ah, what could have been:


As more bad poll numbers continue to pour in for President Barack Obama, a new survey finds that if the 2012 election matchup were held this month, Mitt Romney would hold the edge with the voters. Romney topped Obama 49 percent to 45 percent among registered voters in the Washington Post-ABC News poll released Tuesday. Among all Americans, the 2012 rivals would be tied, at 47 percent. Obama beat Romney 51 percent to 47 percent a year ago to win a second term.


Beyond the hypothetical 2012 rematch, the WaPo/ABC News poll is packed with bad data points for Obama. The plunge in approval and support for Obamacare largely mirrors the trends measured by Pew, Quinnipiac, and Fox News:


The flawed rollout of the Affordable Care Act has pushed President Obama to the lowest point of his presidency, with dwindling faith in his competence and in many of the personal attributes that have buoyed him in the past, according to a new Washington Post-ABC News poll. Opposition to the new health-care law also hit a record high in the survey, with 57 percent saying they oppose the president’s most significant domestic initiative. Forty-six percent say they are strongly against it. Just a month ago, as the enrollment period was beginning, the public was almost evenly divided in its assessments of the law...The provision of the legislation that requires all individuals to obtain health insurance or pay a fine long has been controversial, and the survey highlights that anew. By almost 2 to 1, Americans oppose the individual mandate, with more than half saying they strongly oppose it.


He's at 42/55 on overall approval, Obamacare has crashed to (40/57), and the law's key pillar -- the mandate tax -- is widely loathed (34/65). Even more troubling for the White House is that the president is now upside down on personal favorability (46/53) and on character questions like trustworthiness (47/50), strong leadership (46/53), empathy (47/51), and competent management (41/56). One additional minor detail about this particular national survey:

That disastrous ABC News poll had a GOP sample of 24%. Just imagine if the partisan breakdown was fair


I'll leave you with this exchange:


And Obamacare approval was already underwater in every single one of those polls before the launch date. I'll take a hit of whatever the Kos Kids are smoking, though.