'Everyone Likes Trump Here': Battleground Pennsylvanians Not Into Biden's Plan For America 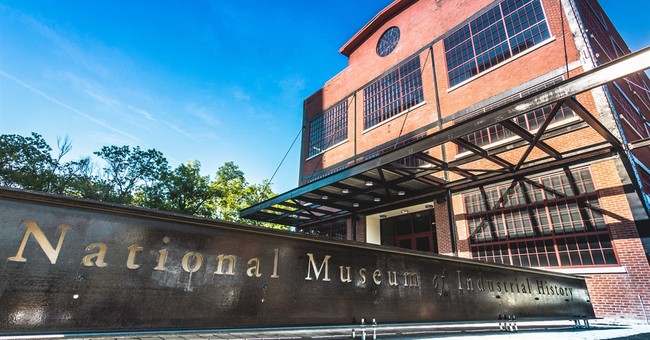 Bethlehem, Pennsylvania – In 2016, Donald Trump squeaked out a shocking electoral victory in Pennsylvania by flipping three counties that had previously been carried by Barack Obama. And it doesn't look like the enthusiasm for Trump has waned in the four years since his victory in the state.

Driving into the southeastern county of Northampton over the weekend, evidence of support for the president was readily apparent: road signs, bumper stickers, and flags peppered the landscape as I pulled into the quiet community.

Bethlehem is a quintessential Pennsylvanian town that represents the dichotomies of rural and urban residents as well as academics and blue-collar workers. The city was home to Bethlehem Steel, one of the largest steel manufacturers in the world, for nearly 150 years. It is also home to prestigious educational institutes such as Lehigh University and Moravian College.

The closure of Bethlehem Steel at the beginning of the new century underlined the nation's economic shift from domestic manufacturing. Financial problems plagued Bethlehem Steel throughout the 1990s as cheaper production flowed overseas and jobs melted away in Northampton County.

But the city was built by the steel-grit determination of generations of Pennsylvanians born of the Bethlehem Steel, All-American mindset. Population in Bethlehem, unlike other cities knee-capped by the loss of manufacturing, actually remained steady through the closure of the area's most prominent employer. Confidence in employment opportunities, however, remains vulnerable.

The county steadily supported Democrat, pro-labor, pro-blue collar candidates for decades. Northampton resoundingly supported Barack Obama in 2008 and 2012. To walk down Main Street in Bethlehem, overlooking the Lehigh River, with sprawling hillside views of the city's south side, one could see the shift from the blue-collar simplicity of the 20th century into a hipster, liberal arts school utopia.

But the liberal pivot of the post-Clinton era, the journey from American greatness to the leftist ideology that Democrats depend on from formerly self-sufficient, industrious communities, stopped dead in its tracks in 2016; the county ditched Hillary Clinton and resoundingly supported Donald Trump.

Restaurants with expensive cocktails and artisan appetizers packed the sidewalks of Main Street on a recent Friday night. The tables overflowed with young, masked, socially distanced faces and lines of eager customers dutifully waited their turn. The downtown area had an undeniably Brooklyn feel, as residents clamored for a return to normalcy before the hot August nights prepared to fade into the crisp, uncomfortable fall.

The distinct hipster aspect of downtown could easily trouble a person looking for signs of enthusiasm for Trump, but what I saw was something different. Signs of patriotism peaked out everywhere. American flags hung proudly from homes and businesses, "We Back the Blue" appeared in storefront windows, and yes, some residents even sported "MAGA" hats and surgical masks.

Talking to people in Pennsylvania as a solo-traveling journalist proved to be anything but easy. Bars are still closed in the state to promote social distancing and my meals were exclusively consumed at a table for one. My interactions with Uber drivers, however, proved that what I was seeing on the faces of residents wasn't just my imagination.

In Bethlehem PA— Uber driver was shocked to learn Northampton is a battleground county. “Everyone here likes Trump”

My driver John on Friday night said he couldn't believe his home county was considered a toss-up in the election.

"Everyone here likes Trump," he said.

John described that in his neighborhood, just outside of Bethlehem, front yards proudly displayed reelection support for the president. I asked him why he thought people in a place like Northampton felt so strongly about Trump.

"Jobs," he said, immediately and without further qualification.

In fact, Joe Biden and his running mate Sen. Kamala Harris specifically support legislation that would take away opportunities for people like John. They have both vocally expressed their support for the PRO Act, a heavy-handed and disastrous piece of legislation from Democrats that would eliminate gig work like rideshare driving as we know it.

In Pennsylvania, Biden faces another problem with workers. Despite promising to create jobs, his plan has overwhelmingly included the broad elimination of fossil fuel jobs. Energy labor unions, prominent throughout the state, have expressed their disdain for Biden's proposals.

"He scares me now. Is he embracing the new Green Deal or whatever they are calling it? He needs to get some stuff straight," one Pennsylvania union leader said in July.

Trump, on the other hand, had delivered on reviving industrial towns like Bethlehem and bolstering the energy industries that keep rural Pennsylvania a viable and desirable part of the country. John said he hadn't previously done a lot of voting but was excited to vote for Trump in 2020.

Hopeful Democrat operatives still think that Northampton will turn over to Biden in 2020, after being disappointed in four years under Trump. Hillary didn't visit Northampton on the campaign trail in 2016, assuming the region that had remained in the blue for the last 20 years would continue to do so. If he has a message to the residents of Northampton that he'd be better for them than Trump, they haven't received it.