What Happened to Union Joe? Biden's Pro-Labor Past Has Evaporated Into a Far-Left Agenda 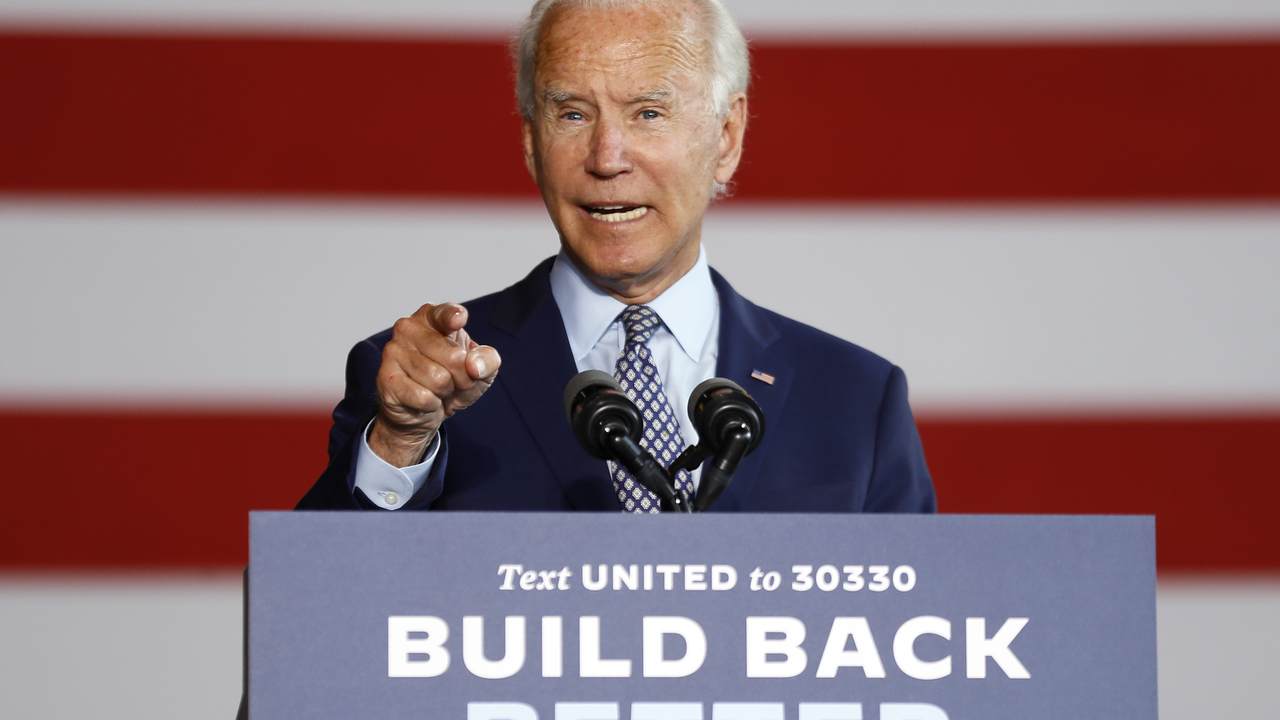 Joe Biden has long carved out a career as a champion of the working class and an advocate for labor unions. Since launching his political career from his home state of Delaware, union leaders of the energy industry, law enforcement, and manufacturing have hoisted "Uncle Joe" as a hero of middle-class America and a man who works for their benefit while other bureaucrats ignore them.

But as Biden has become the Democrats' nominee for president in 2020, they have pulled him so far to the left that he seems to have shed his once unflappable support from labor unions. While Biden's pull to the left certainly appeals to the progressive wing, bent on environmental justice and free everything for everyone, the policies he now espouses have little to offer the working class.

Biden readily kneeled with Black Lives Matter activists at the onset of nationwide civil unrest this summer, allying himself with calls to abolish the police under the banner of Marxism. He further agreed that already stretched funds for police departments should at least partially be redirected to other programs, which is simply "defund the police" by another name.

Now, a major police union has taken notice of Biden's rejection of his past as the pro-union, pro-law enforcement politician. After endorsing Biden as Barack Obama's vice president for both election cycles, the National Association of Police Organizations (NAPO) announced on Wednesday that it has endorsed President Trump for the 2020 election.

NAPO has endorsed President Trump in his reelection campaign. Here is our endorsement letter which was issued following today's meeting. pic.twitter.com/mf6ZUTf10l

NAPO represents more than 1,000 police associations that are comprised of nearly 250,000 police officers. The organization praised President Trump for his defense of law enforcement across the country, who are currently under attack physically, emotionally, and legislatively in America's cities.

"We particularly value your directing the Attorney General to aggressively prosecute those who attack our officers," said NAPO President Michael McHale.

But Biden isn't just losing support from organized law enforcement. As he waffles on whether he supports energy sourced from fossil fuels, energy workers are questioning whether the Democratic candidate is the union hero they always believed he was.

Two new studies shared by North America's Building Trades Unions (NABTU) show that jobs in the fossil fuel industry are more reliable and better compensated than the already low number of renewable energy jobs in the United States. While leftist candidates, including Biden, often include a shift to renewable and "green" energy sources in rousing stump speeches, the expense of such a shift and the physical impossibility associated with that type of transition are seldom mentioned.

Unions in Pennsylvania, a battleground state in which Biden is currently polling ahead of the president by 7.8 points, have also cast doubt on Biden's ability to deliver on his reputation as a pro-labor candidate.

"Joe Biden is really one of us. I always loved the man," Pittsburgh Democrat Jim Cassidy told the Washington Examiner. "He scares me now. Is he embracing the new Green Deal or whatever they are calling it? He needs to get some stuff straight." Cassidy is the business manager of the Insulators Local No. 2 union.

Hillary Clinton lost the state of Pennsylvania to Donald Trump in the 2016 election by less than one percent. Biden's reputation as "Union Joe," a friend to organized labor, has been predicted by political analysts to deliver the Keystone State to the Democrat in 2020. But that support could be anything but ironclad as Joe drifts further and further to the left.

Despite evidence that renewable energy demanded by the far left wing of the Democratic Party is prohibitively costly and insufficient for the needs of the nation, Biden has pledged in his campaign shift completely to "Net Zero" carbon emissions by 2050, an effort he says will cost around $3 trillion.

Though Biden has said in recent days that he intends to add jobs in the United States as president, not eliminate them, his vows against fossil fuel energy will most certainly destroy union bound workforces' right to earn.

"Biden needs to steer his car out of the far-left ditch back to the middle if he wants us to support him," Pittsburgh Boilermakers Local 154 business agent Shawn Steffe said in an interview with the Washington Examiner. "It's not happening. I don't see my members voting for someone who will take away their jobs and pensions over something that has a lot of half-truths to it."

Biden will have to make a decision about which votes matter most in the upcoming general election. But it seems that if he continues his drive to the progressive, socialist agendas of Sen. Bernie Sanders and Rep. Alexandria Ocasio-Cortez, "Union Joe" will lose the organized labor votes that have long been the hallmark of his career.