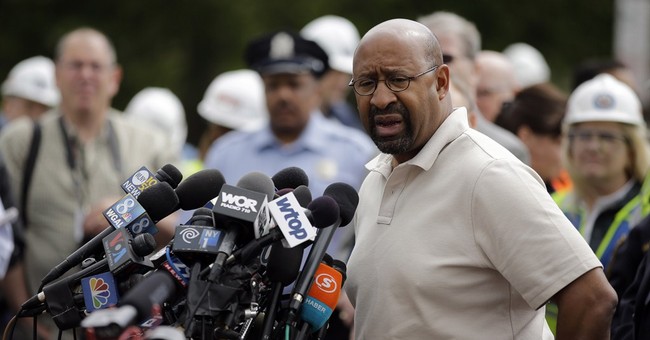 “A couple brief updates,” he began. “We will now confirm that, unfortunately, there are seven individuals who are deceased as a result of the tragedy.”

“We have begun the process [of] notifying next of kin,” he continued. “I do not have any information on names of individuals, and I’m not in a position to release that information in any event, and I don’t have it anyway.”

Some of the names, however, have already been released.

Meanwhile, Mayor Nutter also mentioned that he toured the crash site with Sens. Bob Casey (D-PA) and Pat Toomey (R-PA), both of whom spoke to the media, offering prayers and federal help with the rescue effort. He also said that he could not confirm, or deny, reports that the train was traveling twice the speed limit—or 100 miles per hour—at the time of the crash.

However, it was very likely traveling at that speed, the Associated Press reports.