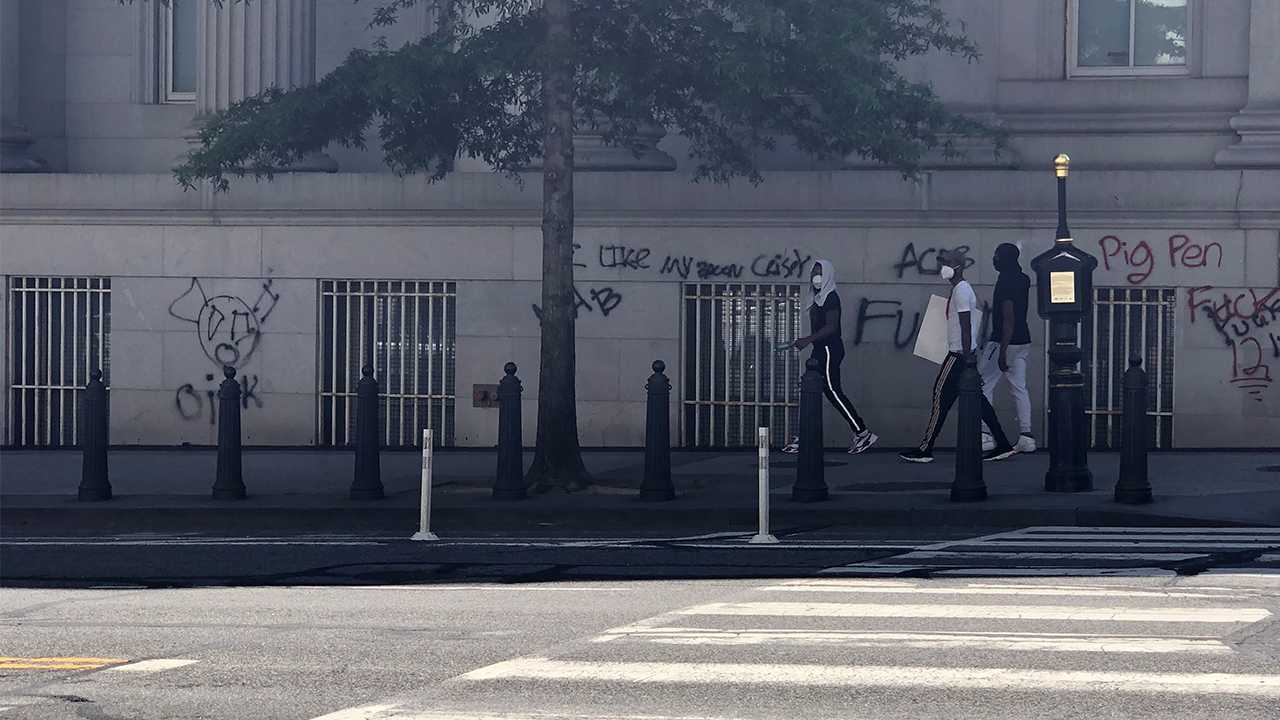 Three Good Samaritans stepped in to clean graffiti off of a federal building in Washington, D.C., on Thursday. A protester had spray-painted BLM, meaning Black Lives Matter, on the side of the building, as the riots and protests continue in the wake of the police killing of George Floyd. These three young women were simply trying to wash it off the following morning.

But a spectator who was filming the clean up didn't exactly see it that way. On the contrary, she screamed at the girls from her car and claimed that they were misusing their "white privilege." She suggested that they were racist and that what they were doing was "disgusting."

The woman asks the group, "Why do you want that to come off?" And the women explain that it's a federal building and it shouldn't be vandalized.

"So you don't care about black lives then?" the woman concluded.

"Not at all," they calmly replied. "That's not at all what we're saying. Certainly, we care about black lives."

"Not a great way to use your white privilege, ladies," she said. "That's disgusting."

Vandals managed to deface several historic buildings and monuments in the nation's capital in the past week. They left graffiti on the Lincoln Memorial and the World War II Memorial. On Sunday night, rioters started a fire in the historic St. John's Episcopal Church, which has been visited by every president since James Madison. As even George Floyd's family will tell you, fire and destruction is not the way to honor his life.

This gentleman was filmed cleaning graffiti off of the World War II Memorial about a week after Memorial Day. I suppose he's racist too?