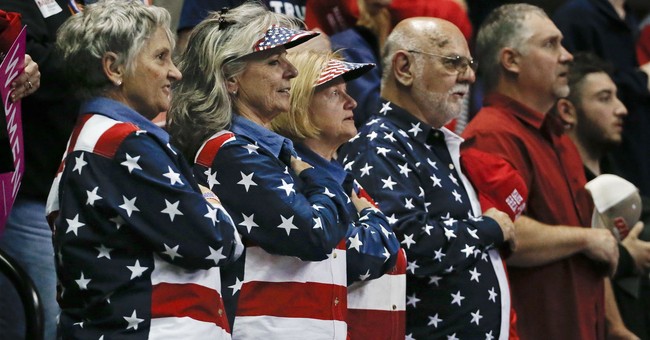 The Pledge of Allegiance is back in St. Louis Park, Minnesota, and it was unanimous. The St. Louis Park City Council voted 7-0 to reinstate the pledge following weeks of local and national outcry. The original controversial vote came on June 17, when the council decided 5-0 to stop reciting the pledge at their meetings so as to make sure everyone felt "welcome."

Ward 2 council member Anne Mavity expanded on what that meant.

"Not everyone who does business with the city or has a conversation is a citizen," she said at the time. "They certainly don't need to come into city council chambers and pledge their allegiance to our country in order to tell us what their input is about a sidewalk in front of their home."

The council felt the wrath of American citizens and even got the Trump tweet treatment.

The Pledge of Allegiance to our great Country, in St. Louis Park, Minnesota, is under siege. That is why I am going to win the Great State of Minnesota in the 2020 Election. People are sick and tired of this stupidity and disloyalty to our wonderful USA!

Despite the backlash, the council hadn't planned to debate the pledge on Monday. But they felt pressured to speed up the process in light of the protests and perceived harassment, according to the Star Tribune.

The pledge was not scheduled to be discussed Monday night, but Council Member Thom Miller made a motion to reinstate it because the city has been inundated with e-mails and phone calls, some that Miller believed endangered city staff and residents.

“There are many from outside of St. Louis Park who are abusing and harassing our city staff, making it very difficult for them to serve the residents and businesses in our city, which is the very reason our local government exists,” he said at the meeting.

The rushed vote drew over 100 people, many of whom were proudly waving their American flags.

As for the president's claim that the pledge controversy will help win him the state in 2020, political expert Larry Jacobs suggested he may be right.

"It is giving him an issue that will help draw support from greater Minnesota and also pick up support in the suburbs of the metro area,” Jacobs told CBS Minnesota.