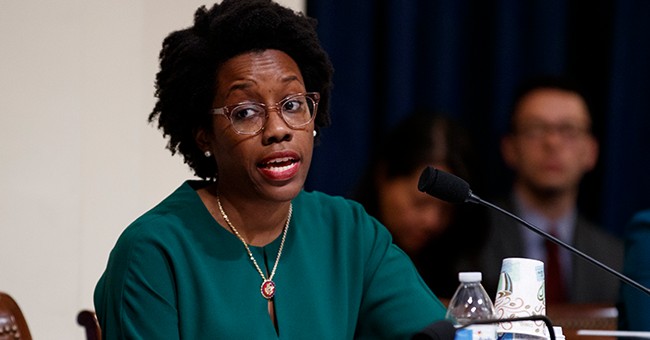 “It’s absolutely disheartening to see some radical Democrats stoop so low to say that the Acting DHS Secretary McAleenan is murdering children," Green said. "McAleenan left the private sector to serve his country after the towers fell on 9/11. This is a sad day for America and the Democrat party.”

Another day, another outrageous claim from a freshman Democrat. During a hearing with the Department of Homeland Security administrator on Wednesday, Rep. Lauren Underwood (D-IL) accused the agency of intentionally implementing policies that have directly resulted in the death of five migrant children.

"I feel like, and the evidence is really clear, that this is intentional," Underwood said. "It’s a policy choice."

Fiery exchange during Homeland Security hearing:
Rep. Underwood: "At this point, with five kids that have died, 5,000 separated from their families - I feel like & the evidence is really clear, that this is intentional. It’s intentional."
DHS Sec: "That’s an appalling accusation" pic.twitter.com/Bzi6jrfXsJ

There were "audible gasps" in the committee room when Underwood made her accusation, according to USA Today. Those gasps apparently came from members of her own party too. Rep. Elissa Slotkin (D-MI) joined her Republican colleagues in voting to strike Underwood's comments from the record, meaning that Underwood could face some sort of congressional punishment.

Underwood's comments were stricken from the record after protests by Republican members -- one Democrat, Rep. Elissa Slotkin (MI-08), joined Republicans in 9-7 vote https://t.co/fZlcMiNEHQ

Underwood has clearly already made up her mind about the Trump administration, but other Democrats on the panel, like Chairman Bennie Thompson (D-MI), acknowledged the "good work" McAleenan has done since assuming the role left vacant by Kirstjen Nielsen.

"Congresswoman Underwood has stooped to despicable new lows to attack the men and women who bravely serve this country," he said. "She ought to be ashamed of herself.”

Other Democrats have made similar conclusions about our immigration personnel. Freshman Rep. Alexandria Ocasio-Cortez (D-NY) made abolishing ICE one of the key tenets of her 2018 congressional campaign. That goal is not exactly as popular as it once was, so she, along with most other Democrats, have since moved on to other issues.