Rahm Emanuel Sounds Off Again on Smollett: What If I Had Planted a Swastika on My Front Door? 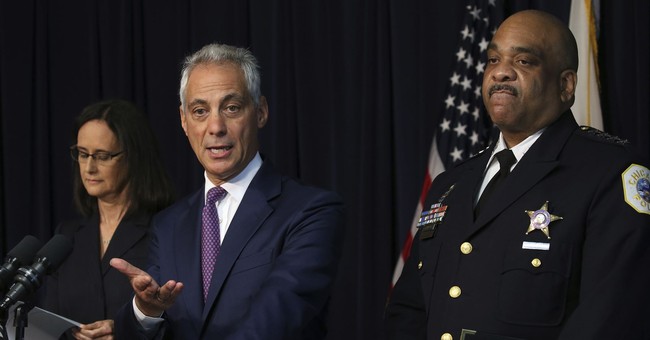 "Empire" actor Jussie Smollett's record is wiped clean as of Tuesday, when the Cook County State's Attorney's office dropped all felony charges against him in his alleged hate crime hoax, settling for $10,000 and two days of community service.

That is "not good enough," Chicago Mayor Rahm Emanuel said during an interview with CNN's Wolf Blitzer following the prosecution's surprise decision.

Video: @RahmEmanuel doubles down on his earlier comments in an interview with @WolfBlitzer on @CNNSitRoom. He is still not happy. pic.twitter.com/0rjjfk5BHW

"He’s walking around like he’s exonerated, with no sense of remorse or contrite," the mayor fumed. "He turned the law inside out, upside down and used it for himself."

Emanuel's fury, it appears, had not subsided since a press conference earlier in the day, when he railed off on Smollett's callous use of their hate crime laws for his own "self-promotion." Yet, he also had choice words for the state's attorney's office, who had not warned him they were going to drop the charges.

It was, he said, "a whitewash of justice."

“It makes no legal sense," he added. "It makes no common sense. And this is an abomination of my sense of justice.”

Emanuel offered Blitzer a comparison to suggest Smollett had benefitted from his celebrity.

"Wolf, I want to ask you a question," he said. "You and I are both Jewish. If on your front door there was a swastika or mine, and found out weeks later after all the empathy, that either you or I had put that swastika on our door, we’d get off with two days of service from the Anti-Defamation League? Really?! That’s what would happen here?"

Chicago Police Superintendent Eddie Johnson shares the mayor's frustration. Perhaps more than anyone, he knows what Smollett's supposed stunt cost the city. In a press conference last month, Johnson demanded the actor both apologize and pay them back.