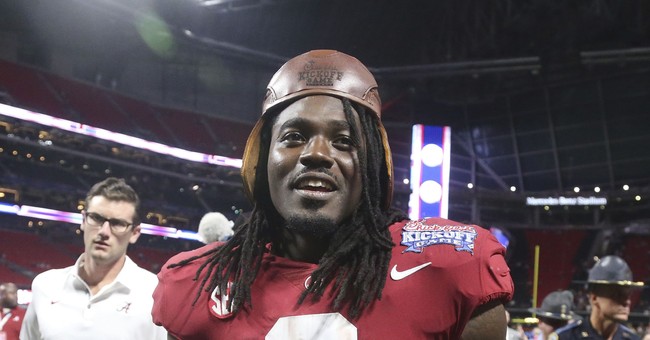 University of Alabama running back Bo Scarbrough yelled "F*** Trump!" on his way out of the locker room before Monday's championship game versus the University of Georgia. Or so the media thought.

On Twitter, Scarbrough corrected reports that he had targeted the president. He was laser focused on his team's opponent.

If y’all really listen I said Georgia smh about y’all people in this world https://t.co/VXKFBk7Vnh

"I'm just trying to celebrate the win," Scarbrough added. "Those type of words didn't come out of my mouth."

Trump was in attendance at Monday's game. He received a mix of boos and cheers when the camera panned to him and the media could've sworn he forgot the words to the national anthem.

Scarbrough and the Crimson Tide overcame a 13-point deficit to beat the Georgia Bulldogs 26-23 in overtime.