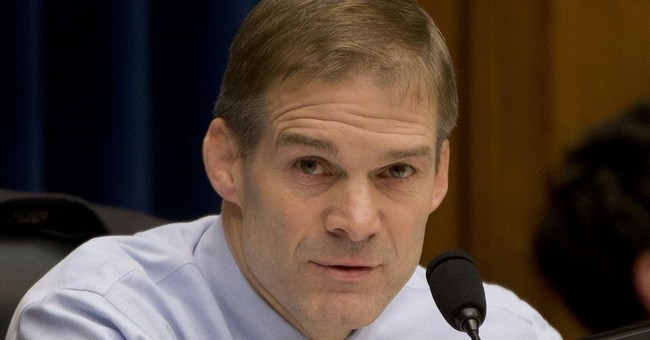 An exasperated Katy Tur told her guest Rep. Jim Jordan (R-OH) at the end of their interview Friday that just once she'd appreciate it if he actually answer one of her questions.

"I've allowed you to go on your tangents," Tur said at one point when the two were sparring about the Trump-Russia dossier. Tur said parts of the dossier have been corroborated, while Jordan dismissed it as "garbage."

WATCH: Katy Tur spars with Rep. @Jim_Jordan over his claims that the Christopher Steele dossier "is garbage."

"Sens. Warner & Burr have both said that parts of the dossier have been corroborated ... Go to your colleagues and say 'come on' to them." pic.twitter.com/0c0X89pBjh

Jordan, not to be out quipped, randomly mentioned how he'd glanced at her election book the other day in Barnes & Noble.

Not exactly, judging by how you interpret his answer.

Tur said there was no need, she'd "send him a copy."

Tur's book "Unbelievable" detailed her experience covering Donald Trump's presidential campaign. The president has singled out the MSNBC reporter more than once for what he perceives as biased coverage. She even earned one of his nicknames: "Little Katy."