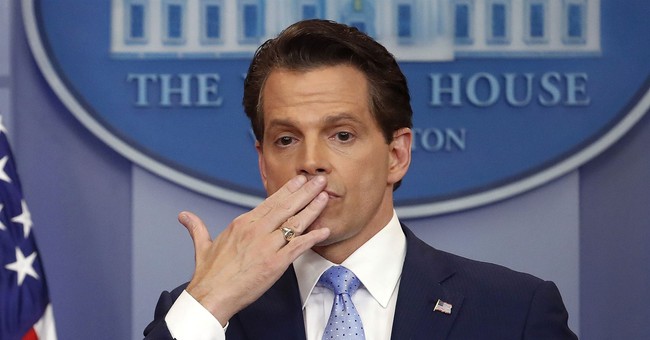 Former White House Chief Strategist Stephen Bannon has unloaded on Donald Trump Jr. and other Trump associates in a new book over their meeting with Russians in Trump Tower, we learned Wednesday. It was "treasonous" for the Trump campaign to accept a meeting with a Russian lawyer they believed would provide incriminating information on their opponent Hillary Clinton, Bannon told author Michael Wolff. Instead of inviting the Russians in, they should have called the FBI.

President Trump responded with perhaps his most scathing statement yet.

“When he was fired, he not only lost his job, he lost his mind,” Trump wrote of Bannon.

Trump's old communications director Anthony Scaramucci, who infamously held the job for only 10 days, is standing by the president and by his controversial remarks to The New Yorker that cost him his job. In his conversation with Ryan Lizza back in July, which Scaramucci claims he thought was off the record, he used several expletives to describe Bannon as an arrogant attention seeker and probable source of the White House leaks.

I said what I said in the Summer take out the expletives and pay closer attention. Btw, @realDonaldTrump is doing a great job.

The Mooch reiterated that sentiment all over the morning news shows, who seemed eager to invite him back on their programs for more juicy soundbites.

"He's for Steve, we're for the president," Scaramucci said on CNN.

.@Scaramucci says Pres. Trump has great "emotional intelligence" for sizing people up, and "he got Steve Bannon right," which he revealed in yesterday's statement. (Bannon was the chief White House strategist for eight months.) pic.twitter.com/4QGe7S07BM

"Even Breitbart will break from Bannon if he doesn't drop the nonsense and come back into the fold," Scaramucci predicted on "Fox & Friends."

Trump Jr. is "not going to 'crack like an egg,'" Scaramucci pushed back. "He's got nothing to crack about. He's an extremely honest person."

Rumors are swirling that The Mooch is on his way back to the White House.