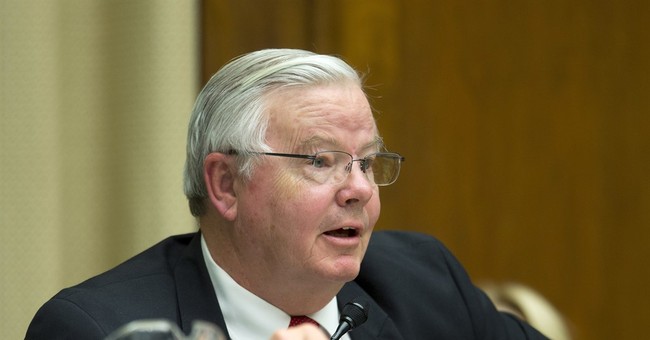 Rep. Joe Barton (R-TX) is the latest member of Congress to dominate headlines for alleged sexual misconduct. Barton is accused of having sent nude photos to a former lover. He claims she threatened to publicly share those photographs as revenge for his ending the relationship. The Washington Post broke the story after the woman spoke to the editors and shared a recorded phone conversation she had with Barton in 2015.

Barton apologized for his actions Wednesday.

"While separated from my second wife, prior to the divorce, I had sexual relationships with other mature adult women," he said. "Each was consensual. Those relationships have ended. I am sorry I did not use better judgment during those days. I am sorry that I let my constituents down."

The representative also revealed that a Capitol Police investigation has begun, yet he says he is the victim in this case.

But Barton contended Wednesday night that it was he who had been threatened, saying a transcript of the recording provided by The Post "may be evidence" of a crime against him.

Barton's office says he does not plan to resign and he is running for re-election.

Barton is one of the longest serving members of Congress. So, too, is Rep. John Conyers (D-MI), who is facing his own sexual assault allegations from multiple former staffers. He was found to have paid a $27,000 settlement to his first accuser in 2015, but says that is not an admission of guilt. According to his office, they just wanted to avoid a long court fight.

Sen. Al Franken (D-MN) may soon be investigated by the Senate Ethics Committee for reportedly groping and forcibly kissing a radio host named Leeann Tweeden on a 2006 USO tour. Two more women has since come forward to accuse him of separate incidents.