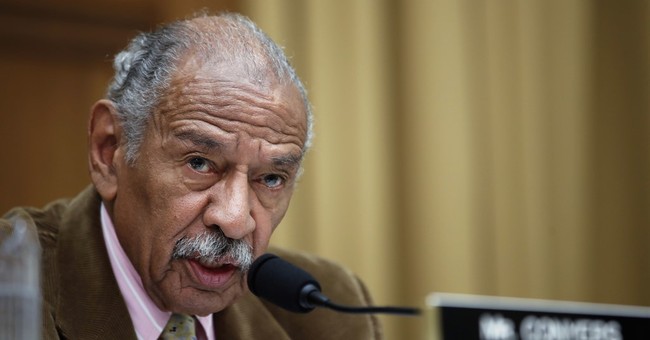 Michigan Rep. John Conyers reportedly settled a wrongful dismissal complaint in 2015 with a former staffer who accused the Democrat of firing her because she would not “succumb to [his] sexual advances.”

Four former staffers signed affidavits alleging that the longest serving House member made repeated sexual advances to his female staffers as well as having members of his staff contact and transport women they believe he was having affairs with. Two of the women stated in their affidavits that they thought he was using office funds to pay for their travel to and from his apartment and hotel rooms.

Among the other inappropriate sexual behavior named was caressing, touching, and asking for sexual favors.

The woman who settled with the congressman went through a lengthy process in dealing with Conyers’ unwanted sexual advances.

The woman who settled with Conyers launched the complaint with the Office of Compliance in 2014, alleging she was fired for refusing his sexual advances, and ended up facing a daunting process that ended with a confidentiality agreement in exchange for a settlement of more than $27,000. Her settlement, however, came from Conyers’ office budget rather than the designated fund for settlements.

Congress has no human resources department. Instead, congressional employees have 180 days to report a sexual harassment incident to the Office of Compliance, which then leads to a lengthy process that involves counseling and mediation, and requires the signing of a confidentiality agreement before a complaint can go forward.

After this an employee can choose to take the matter to federal district court, but another avenue is available: an administrative hearing, after which a negotiation and settlement may follow. (BuzzFeed)

“I was basically blackballed. There was nowhere I could go,” the woman told BuzzFeed News.

She said in her complaint the Democrat often wanted her to join him in his hotel room and one evening asked her to work out of his room. When she arrived, however, he only discussed his sexual fantasies and wanted her to “touch it.”

Another time Conyers wanted her to stay in his room while traveling for a fundraising event. When she refused he said “just cuddle up with me and caress me before you go,” she alleged.

“Rep. Conyers strongly postulated that the performing of personal service or favors would be looked upon favorably and lead to salary increases or promotions,” the former employee stated in the documents.

House Minority Leader Nancy Pelosi told BuzzFeed she was unaware of the settlement.

Share this on Facebook
Tweet
There's a Collusion Story the Media Is Burying...Because It's True and Makes Biden Look Bad
Matt Vespa
Squad Members Attack Israel As Hamas Rockets Rain Down, Because of Course
Spencer Brown