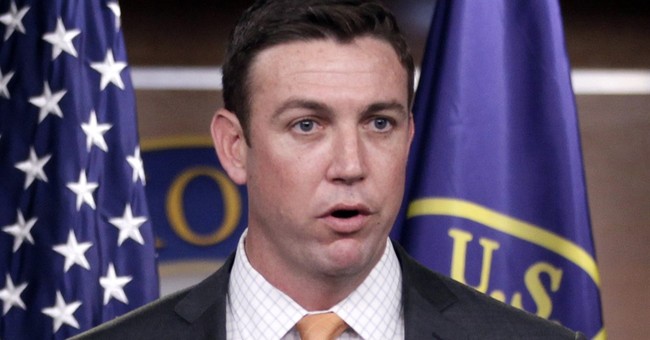 President Trump caused quite a bit of controversy when he pardoned former Arizona Sheriff Joe Arpaio last month. Arpaio, who was sheriff of Maricopa County, had been held in contempt for disobeying a judge's order to stop targeting potential illegal immigrants at patrol stops.

In his announcement, Trump declared that Arpaio, now 85 years old, deserved the pardon because his actions kept Arizona safe.

Rep. Duncan Hunter (R-CA) doesn't want the president to stop there. The congressman is making the case for the pardoning of ex-border patrol agents Ignacio Ramos and Jose Compean. In 2006, Ramos and Compean were convicted of shooting a drug smuggler. They thought he was armed and shot him as he fled. He later admitted to having smuggled several hundred pounds of marijuana, but both agents were fired and arrested on assault charges.

President George W. Bush commuted both men's sentences in 2006, but their names are still listed under "convicted felon." Hunter sent President Trump a letter of urgency, hoping he will completely clear the agents' names.

Hunter’s letter recalled that during the incident, Ramos and Compean were pursuing a van that had illegally entered the U.S. in an area known for “illicit drug smuggling activity.” The driver of the van, later identified as an illegal alien named Osvaldo Aldrete-Davila, allegedly continued to evade the agents and drove at a “dangerous high rate of speed to a levee where he could cross back into Mexico.”

"President Bush’s actions got Ramos and Compean out of prison and I’m calling on President Trump to take the next step and give these agents their lives back,” Hunter said.