MSNBC Analyst Suggests Spicer Was Forced Out Over Looks 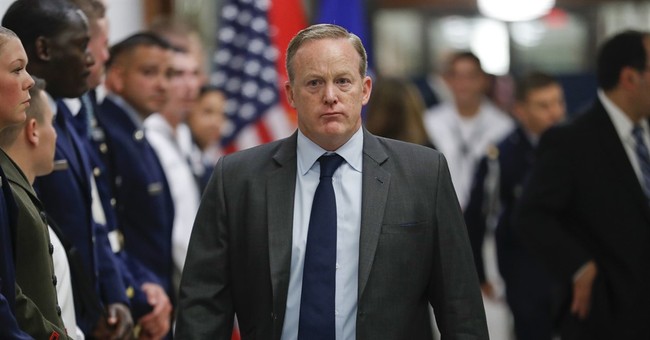 MSNBC anchor and former Bush White House Communications Director Nicole Wallace has an intriguing theory as to why President Trump pushed Sean Spicer out of his administration. It has to do with his looks.

"This is about the president hiring better frontmen, the president continuing to be obsessed with how he's perceived on cable news," she said.

"This is about Donald Trump wanting better-looking men spreading his message," Wallace added.

Wallace went on to fume that Trump's advisers are not the president's men, they are "Sean Hannity's men."

Her last point will only be emboldened by new reports that Spicer, Chief of Staff Reince Priebus and Scaramucci will all be going on Hannity's show Friday night.

Other former White House communications officials are offering their two cents on today's developments. Ari Fleischer, who had Spicer's job under George W. Bush, said his resignation is "unsettling."

Fleischer, now a Fox News contributor, said the press secretary's departure is in a sense “part of the White House process” but is taking place “a little earlier” than usual.

He said he "wouldn't be surprised if other people leave."

Scaramucci's new job has caused some tension among Trump's top advisers, it's being reported. Priebus and Chief Strategist Steve Bannon were against the hire, to the point they said Scaramucci would get the communications job "over their dead body."

At his first appearance before the press corps, Scaramucci denied those rumors.