War at the White House: Spicer Resignation Came After Battle Over Scaramucci Hire 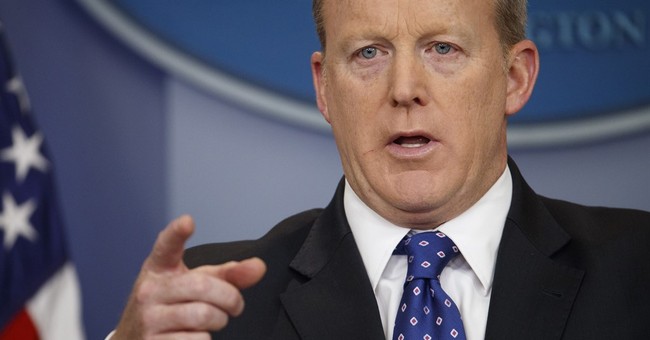 White House staffers are in shock this morning after Press Secretary Sean Spicer abruptly submitted his resignation. Spicer had also been serving as the defacto communications director after former Director Mike Dubke resigned in May.

According to the New York Times, Spicer opposed Scaramucci's hire and essentially resigned in protest.

White House advisors Ivanka Trump and Jared Kushner reportedly supported Scaramucci's hire, while a number of staffers working in the White House vehemently opposed it. Chief of Staff Reince Priebus, who worked closely with Spicer for years at the RNC, is putting up a supportive public face but behind the scenes is reportedly unhappy. Chief Strategist Steve Bannon also tried to block him from the position.

WH insider tells me-Bannon told Scaramucci this morning. "Over my dead body will you get this job!!" somebody better check Bannon's pulse

Strange times -- I just went to ask @PressSec (@seanspicer) a question about @Scaramucci. He slammed the door in my face.

"This was the last straw," said a source close to Spicer. The objection of the press secretary and his allies was that Scaramucci would hold the title, while Spicer would be expect to continue to carry out many of the duties related to strategy and planning.

"Sean was going to be expected to serve as press secretary while also being the quasi-comms director," the source said.