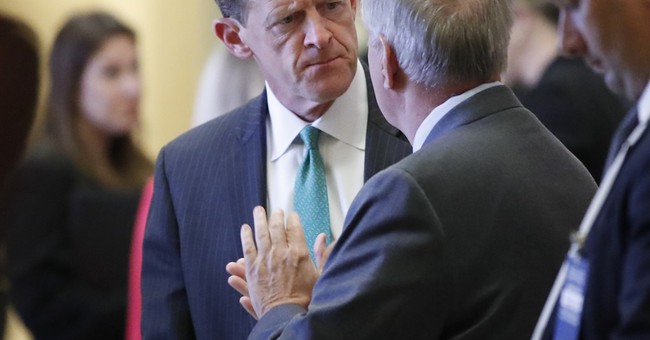 The Senate must have received President Trump’s memo Monday. On Twitter, he warned Congress that they dare not leave for August recess before presenting a “beautiful new health care bill.”

He’ll get his wish today, according to Sen. Pat Toomey (R-PA). After hours of meetings, Toomey said the GOP leaders have come up with a plan that can appease both moderates and conservatives who are still on the fence.

“We’ve got a new version that comes out today. We’ll get new scores from CBO. And there’s a shot of getting to 50 [votes]. Mike Pence breaks the tie,” Toomey, who sits on a special 13-member working group that helped put the legislation together, told CNBC’s “Squawk Box” in an interview Monday morning.

Last week, Sens. Ted Cruz (R-TX) and Mike Lee (R-UT) introduced an amendment that would allow insurance companies to sell plans that do not comply with Obamacare’s regulations as long as they have one that does. Senate Minority Leader Chuck Schumer dismissed it as a "hoax," but luckily Democrats are not their target.

The Cruz-Lee Consumer Freedom amendment may bring some on board, but moderate Republicans have other demands. Sens. Rob Portman (R-OH) and Shelley Moore Capito (R-WV), for instance, want more funding for opioid abuse. Sen. Susan Collins (ME) is concerned about the cut to Medicaid. She, like other senators on the fence, are awaiting the new Congressional Budget Office score, which is expected to be released this week.

Last week, to the chagrin of conservatives, Senate Majority Leader Mitch McConnell admitted the GOP may not be able to repeal Obamacare.

If that's true and the Republicans don't deliver, they risk breaking a 7-year-old promise.