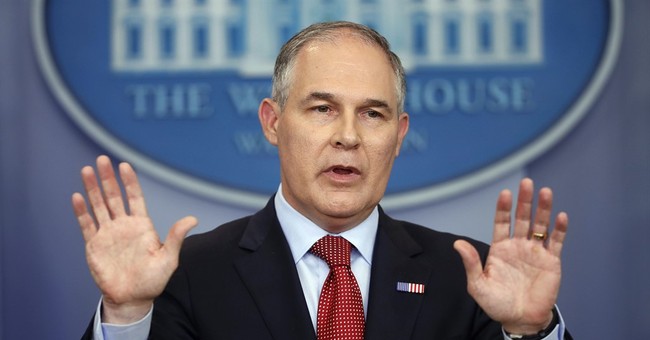 President Trump scored a court victory last week when the Supreme Court reinstated part of his controversial travel order. It was a win for national security, he and his supporters cheered. Yet, his deregulatory agenda hit a snag in the courts Monday, as the Court of Appeals for the District of Columbia Circuit ruled that his administration cannot delay EPA rules put in place by Obama to limit drilling.

Obama's EPA set out to place methane emissions standards at drilling sites. Environmentalists argue it is a necessary mandate to prevent leaks of a powerful greenhouse gas and other pollutants, reports The Hill. Yet, the Trump administration aimed to change course, charging that the rules were unfair to stakeholders who had no opportunity to comment on some parts of the final regulation.

Yet, the rule must stand, according to the circuit court judges.

“The administrative record thus makes clear that industry groups had ample opportunity to comment on all four issues on which EPA granted reconsideration, and indeed, that in several instances the agency incorporated those comments directly into the final rule,” two of the judges on the three-judge panel wrote.

“Because it was thus not ‘impracticable’ for industry groups to have raised such objections during the notice and comment period [the Clean Air Act] did not require reconsideration and did not authorize the stay.”

The EPA, led by Administrator Scott Pruitt, has not been totally stymied by the court, however. The agency is on his way to rolling back at least 30 Obama-era regulations. One of the most notable reversals so far was President Trump's decision to withdraw the U.S. from the Paris Climate Accords - a deal Trump said would have badly damaged our economy.

Share this on Facebook
Tweet
BREAKING: It Appears Bipartisan Infrastructure Deal Has Been Reached: 'We're Happy It's Over'
Rebecca Downs
Biden Reminds Gun Owners the Government Has Nuclear Weapons
Katie Pavlich
John McAfee Found Dead in Prison Cell Hours After Court Ruled in Favor of Extraditing to US
Rebecca Downs
The White House Does Not Know How to Answer the Abortion Question