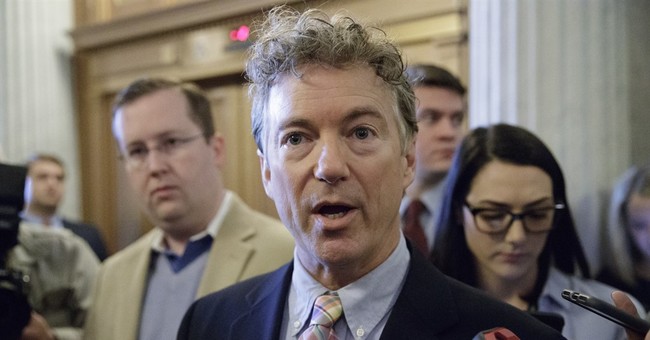 Sen. Rand Paul (R-KY) let President Trump know he is not a fan of his recent $110 million arms deal with Saudi Arabia, worried that it will drag the U.S. into Yemen's civil war. With its ties to "Islamic fundamentalists," Saudi Arabia is not to be trusted, Paul said. He is introducing a joint resolution of disapproval Wednesday to block the deal, setting up a vote for June.

“Selling military weapons to questionable allies is not in our national security interest,” Paul said in a Breitbart News op-ed Wednesday. "At some point, the United States must stop and realize that we are fueling an arms race in the Middle East."

“In the next few weeks, I, along with a bipartisan group of senators, will force a vote disapproving of this arms sale to Saudi Arabia. Let’s hope the Senate will have the sense to stop this travesty.”

Paul's resolution may pass, but President Trump still has the power to veto.