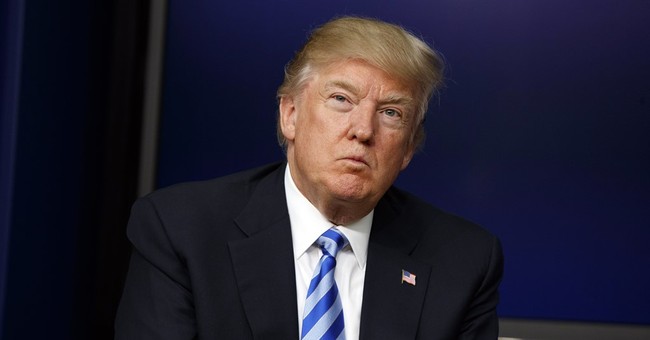 President Trump signed another piece of pro-life legislation Thursday. With his signature on H.J. Res. 43, states now have the ability to deny Planned Parenthood funding and contribute to family planning as they see fit.

Trump's action reverses a last minute law from the Obama administration which prevented states from blocking federal funds to Planned Parenthood and other abortion providers, under Title X. Susan B. Anthony List President Marjorie Dannenfelser has described that Obama HHS effort as a "parting gift" to the abortion industry.

Trump has already received applause from the pro-life movement by reinstating the Mexico City Policy, which bars taxpayer funds for overseas abortions, defunding the United Nations Population Fund, which was complicit in China's cruel one-child policy, and succeeding in getting Neil Gorsuch confirmed to the Supreme Court.

Dannenfelser, who was present at Thursday's signing, thanked the president for all of the above successes.

“This week the pro-life movement had two huge victories: first, the swearing-in of Justice Gorsuch and now, President Trump will undo former President Obama’s parting gift to the abortion industry," Dannenfelser said in a statement. "The resolution signed today simply ensures that states are not forced to fund an abortion business with taxpayer dollars. Rather, states have the option to spend Title X money on comprehensive health care clinics that better serve women and girls.

We thank President Trump, Vice President Pence, who cast the tie breaking vote last month, as well as the women who led this effort in Congress, Rep. Diane Black and Sen. Joni Ernst. Prioritizing funding away from Planned Parenthood to comprehensive health care alternatives is a winning issue. We expect to see Congress continue its efforts to redirect additional taxpayer funding away from Planned Parenthood through pro-life health care reform after the spring recess.”

“With President Trump’s signature, today we overturned an Obama-era regulation that threatened innocent lives. The federal government should not use taxpayer money to support abortion providers or force states to do so either. Overturning this rule allows states to fully fund Title X programs without being forced to direct that money to abortion providers who may not even offer basic health services, like prenatal care. As a result, states can once again save lives and improve women’s health all at the same time.”