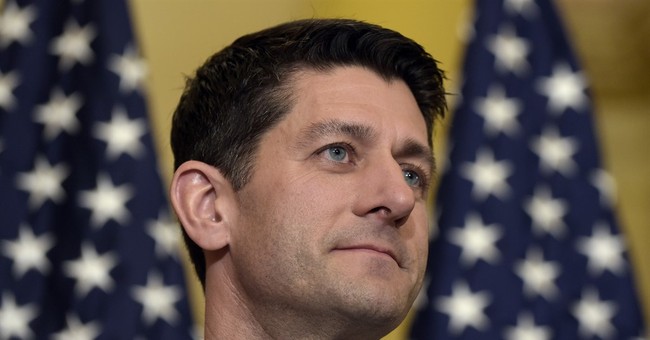 “This is a good day,” House Speaker Paul Ryan said on Capitol Hill Wednesday morning. He, along with other Republican leaders, held a press conference to show they were unified behind the American Health Care Act, trying to dispel the concerns of some congressional conservatives, who insist the bill is "Obamacare lite."

“This is the covenant we made with the American people” last year when they ran on repealing and replacing Obamacare, Ryan said.

“This is a conservative wish list,” he continued. Not only does their plan repeal Obamacare’s spending and mandates, but it ends funding for Planned Parenthood, sending those dollars to community health centers, and offers Americans’ tax credits for health care.  It is the “biggest entitlement reform” he’s seen on Capitol Hill.

Ryan seemed perplexed by the House Freedom Caucus’s resistance because many of their concerns were supposedly addressed in briefings and hearings in their “inclusive” drafting process.

The speaker chalked the divisions up to “inevitable growing pains” in a party that recently assumed power.

.@SpeakerRyan: GOP "going through the inevitable growing pains of being an opposition party to becoming a governing party." pic.twitter.com/dXda2iXUlm

The GOP leadership does at least have the support of the White House. Both HHS Secretary Tom Price and President Trump praised the legislation on Tuesday.

Following Ryan’s remarks the press asked about a few loose ends, including the American Health Care Act’s elusive CBO score. Ryan assured them it will become available well before the bill gets to the floor.

The speaker expressed confidence that they will get enough votes for the bill to pass because they’re “going to keep their promises.”