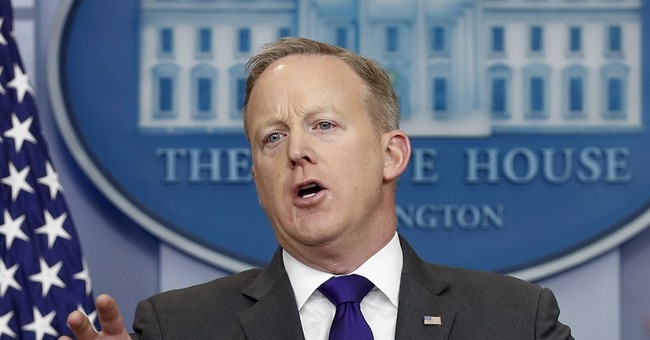 In making those remarks, Gorsuch was not singling out the president, Spicer argued, adding they were taken out of context. Gorsuch was speaking in general terms, the press secretary said. He quoted a statement from Kelly Ayotte to prove it.

“There’s a big difference commenting on the specific comments that had been made in a tweet, and his general philosophy about the judiciary and the respect for his fellow judges," Spicer said. "Those are two distinct issues.”

The press wasn't satisfied with his explanation and kept pressing him on the matter. By the third time the question was asked, Spicer was visibly frustrated.

All the controversy aside, Trump "absolutely" stands by his Supreme Court pick, Spicer said.
'Justice was Served': Loudoun County Student Found Guilty of Bathroom Sexual Assault
Landon Mion
Dave Chappelle to Transgender Community: 'I Am Not Bending to Anybody’s Demands'
Landon Mion
Biden Jokes to Elementary Schoolers That His Job is to 'Avoid' Answering Questions from Reporters
Landon Mion
Father of Loudoun County Sexual Assault Victim Demands NSBA Apologize for Labeling Him a Domestic Terrorist
Landon Mion
Another Large Migrant Caravan Is Heading Towards the US: 'Tell Biden We Are Coming'
Julio Rosas
Two D.C. Police Officers Were Reportedly Told to Have Abortions to Keep Their Job
Madeline Leesman
CARTOONS | Tom Stiglich
View Cartoon
Most Popular