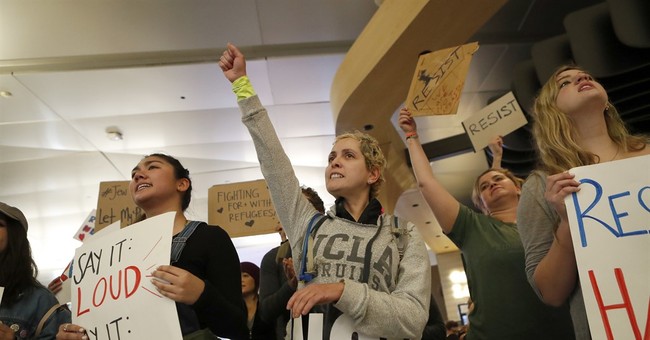 While protesters condemn President Trump's executive order that temporarily bars travelers from Iran, Iraq, Sudan, Syria, Yemen, Libya and Somalia as a callous "Muslim ban," they ignore the fact (or just haven't heard from the media) that he is also working on finding alternative locations to harbor those seeking refuge.

In his call with Saudi King Salman, the president “requested, and the king agreed to support, safe zones in Syria and Yemen, as well as supporting other ideas to help the many refugees who are displaced by the ongoing conflicts,” the White House said.

The leaders also pledged to work with one another to defeat terrorism, and, perhaps surprisingly, they planned to "rigorously enforce" the Iranian nuclear deal, despite Trump previously promising to rip it up.