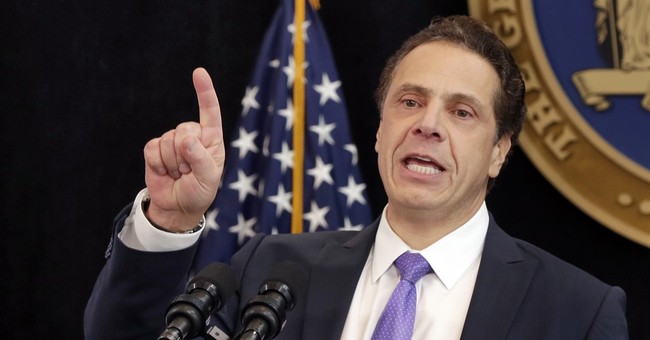 Liberal mayors and governors across America are pushing back at President Trump's immigration orders. The president took executive action on Wednesday to build a wall along the U.S.-Mexico border, increase the number of ICE agents who work to find and deport illegal immigrants, and end sanctuary cities.

Mayors like Rahm Emanuel said not on their watch. Chicago, he insisted, will remain a sanctuary city.

Other liberal leaders pledged to protect illegal immigrants in their states.

As I’ve said before, I say again today, if there is a move to deport immigrants, I say then start with me. pic.twitter.com/elejUuKS9J

Be careful what you wish for, governor.

Trump addressed the Department of Homeland Security on Wednesday, pointing out an important group that's not often mentioned in the immigration debate - the families of those who lost their lives at the hands of illegal immigrants.

He said they will "never be forgotten."