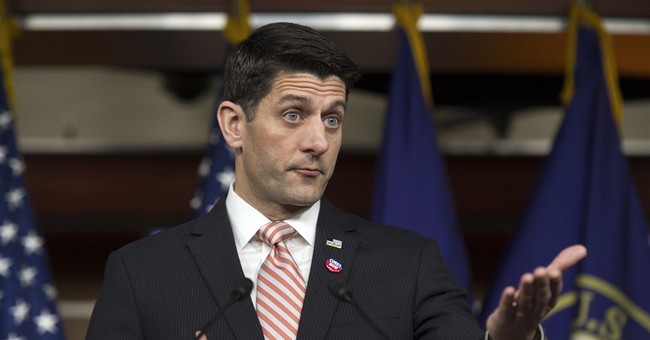 For at least the second time this year, Wisconsinites have booed House Speaker Paul Ryan during a rally for Donald Trump. The president-elect did his best to silence the jeers at his "Thank You" tour in West Allis, Wisconsin Tuesday night by telling the crowd he's "come to appreciate" the speaker and his "genius."

The president-elect's loyal supporters are obviously still a little peeved that Ryan took so long to formally endorse the Republican nominee during the election season and reportedly refused to campaign for him after the "Access Hollywood" tapes surfaced. The two are calling it ancient history, however.

So, it seems, are conservatives like Rep. Mark Meadows (R-NC), who once considered challenging Ryan for the speakership. Meadows told CNN's Carol Costello Wednesday morning that "a lot was said in the past," but Ryan proved he's ready to get to work with the president-elect.

That was certainly the impression Ryan gave during his interview with Fox News' Bret Baier last month. He was visibly excited to work with President Trump to put conservative policies into place and reverse President Obama's liberal agenda.

"The past is the past," Ryan said.