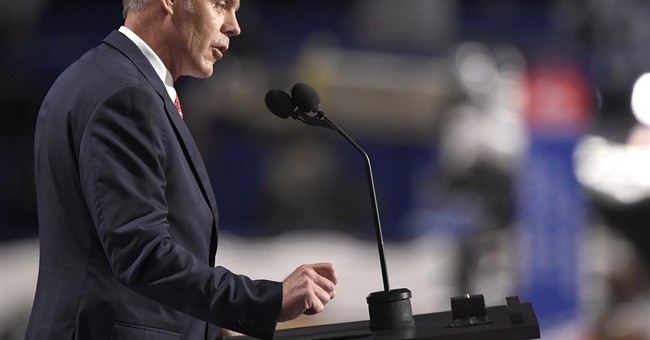 Contrary to rumors that suggested Rep. Cathy McMorris Rodgers (R-WA) was going to be tapped as Donald Trump's new interior secretary, the president-elect has reportedly offered the position to Montana Rep. Ryan Zinke, according to Politico sources.

Zinke is a former Navy SEAL commander who is serving his first term as a congressman. He had been a loyal Trump supporter since May.