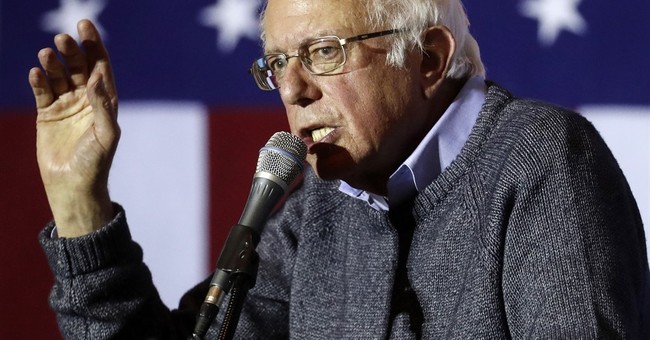 Hours after Vermont Sen. Bernie Sanders was appointed as the new outreach chair for Senate Democrats, he is expected to give a "major speech" on President-elect Trump Wednesday night. The former presidential candidate will be making his address at George Washington University as part of a tour for his new book, "Our Revolution: A Future to Believe In," according to an email to his supporters.

"Bernie Sanders is going to give a major speech on Wednesday night about the future of our country under the presidency of Donald Trump," read the email to supporters.

"This is something you'll want to watch."

Sanders, who has been a very vocal critic of Trump this past year, apparently has found some common ground with him in regards to Trump's wanting to "drain the swamp." Just a day after the senator criticized Trump for keeping lobbyists on his White House team, vice president-elect Mike Pence dumped the lobbyists and special interests from the transition team.

GWU is in the news for the second day in a row after hundreds of student protesters placed their political views ahead of their homework on Tuesday to march to the White House to "reject" their new president-elect, painting him as a bigot, a racist and worse. Townhall's Leigh Wolf and Justin Holcomb documented their exploits for more than an hour.

Sanders's new political organization, Our Revolution, will be streaming his speech live on his website at 7 p.m. ET.