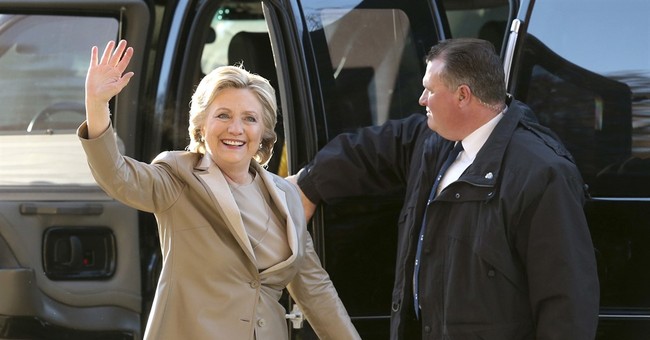 During a Freedom of Information Act hearing with the conservative group Judicial Watch on Monday, the State Department insisted it needed five years to comb through the remaining 31,000 emails found on Anthony Weiner's laptop that relate to Hillary Clinton's tenure as secretary of state. The hearing was held as part of a lawsuit Judicial Watch filed against State seeking Clinton's communications.

State admits today it has 31,000 pages of Clinton material from FBI.Wanted as long as 5 years to turn it all over. Court skeptical.

.@TomFitton @JudicialWatch The FBI just reviewed 650K emails in 7 days? But State Dept wants 5 yrs? Can you say cover up?