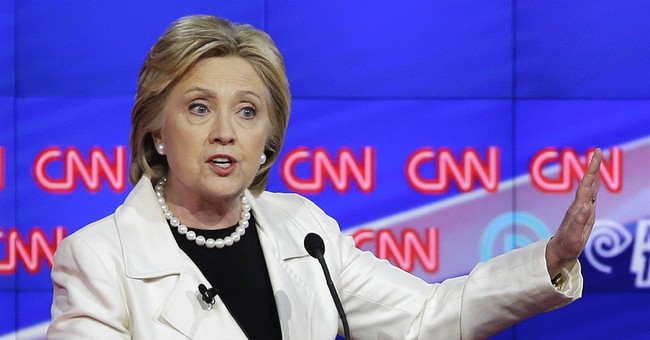 "This is completely unremarkable," a CNN spokeswoman said in a statement. "We have similar communications with Republicans. When preparing for interviews we are regularly sent suggestions from rival campaigns and political parties, both solicited and unsolicited. Casting a wide net to ensure a tough and fair interview isn't just common media practice, it's smart."

Update: To hear CNN's side of the story, check out Jake Tapper's Tumblr page, where he answers some questions about the WikiLeaks emails. It is a common practice, he noted, for media outlets to ask for talking points when prepping for interviews.

With each new WikiLeaks reveal, CNN's image is hurt just a bit more. So far hacked emails have shown us that former CNN contributor Donna Brazile was actively sending questions verbatim to the Hillary Clinton campaign to prepare her for a debate with Bernie Sanders in the Democratic primary. At least twice. As a result, CNN cut all ties with her.

Now it appears CNN was seeking guidance from the DNC regarding interviews with Republican candidates. In several hacked messages from the newly released batch of 8,263 emails, DNC Research Director Lauren Dillon told her colleagues that CNN was looking for some questions to ask in their upcoming conversations with Donald Trump and Ted Cruz and Carly Fiorina. She asked them to comply.

In addition to the fact CNN was colluding with Democrats throughout the 2016 election, we also know that the network has not covered Donald Trump's candidacy with a neutral lens. Trump campaign manager Kellyanne Conway released weeks of pent up frustration with CNN in her 15-minute interview with Jake Tapper on Sunday, recalling several instances in which CNN unfairly editorialized her candidate.

CNN is hardly the only network to be guilty of collusion, however. CNBC anchor John Harwood was also caught offering advice to Clinton campaign chair John Podesta.

Photographer Who Took Photos of Border Patrol's Horse Unit Takes a Sledgehammer to 'Whipping' Lie
Townhall
WATCH: 10-year-old Phillies fan earns the play of the day on this foul ball and an incredible act of kindness
Twitchy
Did Matt Walsh Just Pull off the Most Epic Troll of the Year?
Redstate
Ignore the MSM: Here’s What the 2020 Maricopa County Election Audit Actually Says
PJ Media