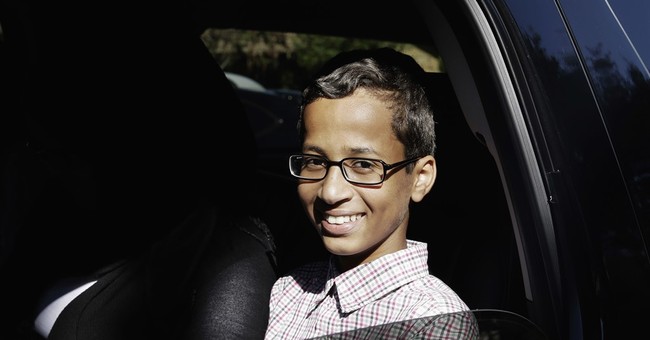 The father of Ahmed Mohamed, better known as "clock boy," is suing Fox News and a number of conservative outlets and media figures for defamation. Ahmed, who is Muslim, made news last year when he built a clock for one of his teachers and the teacher mistook it for a bomb. She reported him and he was promptly arrested. The incident made him a national figure and generated sympathy for Muslims living in the country. He was even invited to the White House.

Some media outlets, however, were critical of the Mohamed family and accused them of manufacturing the incident. Conservative author Ben Shapiro claimed in October the clock incident was all a "hoax."

"The Mohamed family are peaceful Muslims who have been falsely accused of being terrorists and engaging in a jihad," the suit states. "The correction must also be made that the arrest and suspension of Ahmed Mohamed was not a stunt and it was not pre-planned, staged or engineered by anyone, including [his father]."