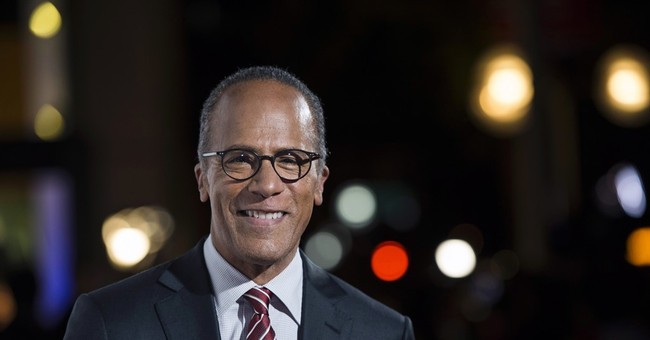 Candy Crowley's infamous interruption of Mitt Romney during the second presidential debate of 2012 became one of the defining moments of the campaign and badly damaged his image. Her inserting herself into the debate so directly made voters question whether moderators should have such an influential role in these presidential discussions. On the eve of the first presidential debate of 2016, the Clinton campaign has indicated they are fans of fact checking and want moderator Lester Holt to call out her opponent when he makes his outlandish claims.

"For the moderator to let lies like that that come out of his mouth at this debate to go unchallenged would give Donald Trump an unfair advantage,” Clinton Communications Director Jennifer Palmieri said during a conference call with reporters on Friday. "We do believe it is the role of the moderator . . . to call out those lies and to do that in real time."

Clinton Campaign Manager Robby Mook demanded the same thing on Monday. In an interview with "CBS This Morning," he said he hoped Trump's record would be checked during the showdown.

Despite these pleas, the major networks who will be airing the debate Monday night have noted they will not be fact checking the nominees, arguing it would cause too many headaches considering it would have to be done instantly. That means it will be up to Holt to decide whether to check Clinton's and Trump's statements.

Of course, Trump may have his hands full trying to correct Clinton's record as well. Voters don't exactly believe what she says about her email scandal, the Clinton Foundation, etc.

That's why Rudy Giuliani has warned Clinton to not go anywhere near the issue of honesty.