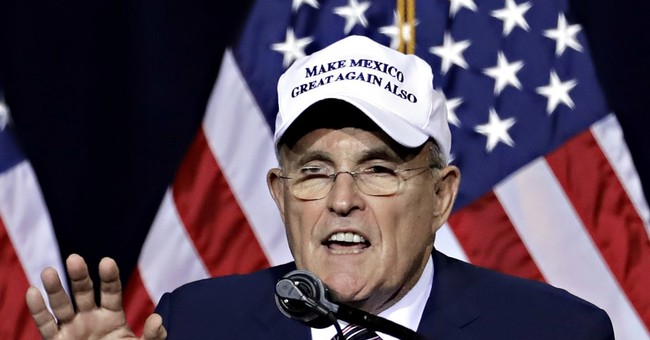 Rudy Giuliani on Hillary: I can't image that probably the biggest liar that ever ran for president is going to bring up lies at the debate pic.twitter.com/3ixJ1nzgg0

At the risk of appearing like the ultimate hypocrite with her track record of bending the truth and consistent poll numbers that show voters think she's dishonest, Clinton would be apt to remain silent on the issue of trust.