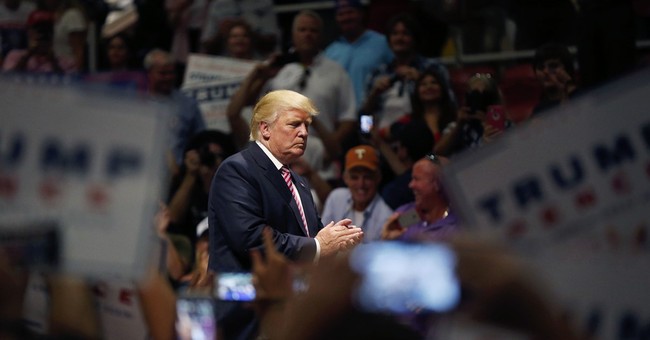 The polls out of North Carolina are surprisingly poor for Donald Trump. The state, which has only voted Democrat twice since 1968, including for Barack Obama in 2008, currently favors Hillary Clinton over the GOP nominee, according to the RealClearPolitics average. Yet, if you ask at least one official from the North Carolina GOP, he'll dismiss the doomsday scenario for his party's nominee.

And Dallas Woodhouse, executive director of N.C. GOP, pointed to Republicans outpacing Democrats in voter registrations in the state as a sign that any concern is premature. “I think we always have reason to worry,” he said calling a recent NBC poll that showed Trump down by nine points in the state as “B.S.” “What I’m hearing is normal, healthy discussions around election time.”

Campus Republicans, meanwhile, say the passion shown in the primary is a good omen for November.

Not all of the state GOP operatives are dismissing the polls, however.

“It certainly has the potential to be one of the worst elections we’ve seen in a long time,” said Carter Wrenn, a veteran GOP strategist in the state. Wrenn said looking at Trump’s troubles and latest polling, the question on Republicans’ minds across the state has been: “How bad could it get?”

It's not only the numbers in North Carolina making Republicans wince. States that are supposed to be Republican strongholds are only offering Trump tepid leads. In Texas, for instance, a recent poll gave him just a 6-point advantage. In Missouri, he's running neck-and-neck with Clinton.

His team must be a bit nervous because they are campaigning in the Lone Star State, as well as another normally red state, Mississippi.

A Lot of Health Care Workers Are Refusing to Get the COVID Vaccine...The Reasons Are Not Shocking.
Townhall
An unmasked President Biden tells reporters 'in all probability' we'll have more Covid restrictions
Twitchy
Texas Democrats Finally Begin to Realize They Are Screwed
Redstate
BREAKING: CDC Director Says Biden Admin Is Considering a Vaccine Mandate
PJ Media