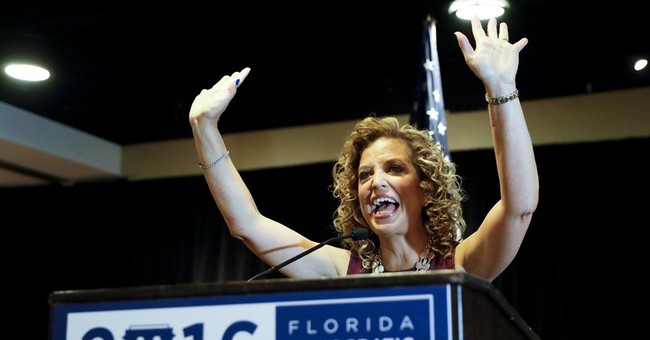 The media may be focused on Donald Trump's major campaign shakeup, but the Democratic National Committee has gone through its own tidal wave of changes in recent weeks. DNC Chair Debbie Wasserman Schultz resigned soon after WikiLeaks released thousands of DNC emails last month, which revealed that she and members of her staff were openly criticizing the Bernie Sanders campaign. Schultz, however, wasn't jobless for long. The Hillary Clinton campaign quickly poached her as the new "honorary chair" of her 50-state program.

Finance Director Jordan Kaplan was another DNC official whose emails were exposed in the leak. On Friday, the DNC confirmed he is following Schultz's lead and is parting ways with the committee.

“Jordan Kaplan has decided to return to his consulting business full time. He will continue to manage DNC finance events featuring the president and first lady,” the official said.

Kaplan, however, will still be in close contact with DNC headquarters. He will be the DNC's "outside point person" for events involving the Obamas as they raise money for Clinton, Politico explains.

The DNC email hack didn't just result in a staff shakeup. It seems to have also cost Hillary Clinton a significant amount of Bernie Sanders voters. They routinely booed and heckled Schultz and other Clinton surrogates at the Democratic National Convention, bitter that their candidate was treated so poorly.

Is the DNC hoping they'll forget by Election Day?