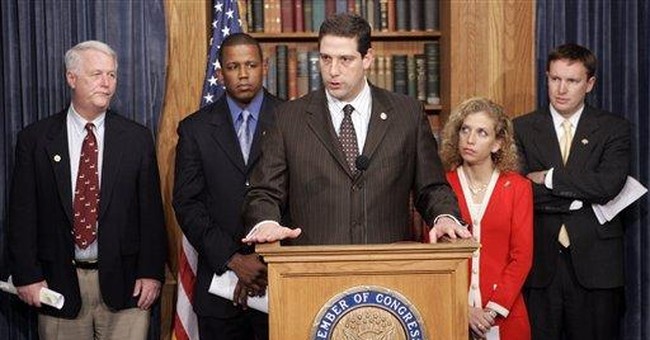 Democratic congressman Tim Ryan (D-OH) is demanding accountability from his own party regarding the recent Wikileaks email hack of the Democratic National Committee. The email dump confirmed what many Bernie Sanders voters believed to be true – that the DNC had no intention of running a fair primary process.

The Wikileaks emails showed DNC staffers attacking Sanders’ religion and DNC Chair Debbie Wasserman Schultz even referring to one of the Sanders’ employees as “scummy.” As a result of the hack, Schultz has announced her resignation and Sanders fans have caused many a disruption at this week’s Democratic National Convention, decrying an unfair election that paved an easy path for Hillary Clinton. In an even bigger slap to their faces, Clinton, the now official Democratic nominee, hired Schultz to her campaign without blinking.

In an interview with radio host Hugh Hewitt, Ryan clearly sympathized with the Sanders supporters and sounded off on the Democratic Party’s bias.

“Yeah, and again, no one’s apologizing for that, and I hope, you know, those people, whoever participated or made those comments, are gone," Ryan said. "They need to be cut. You need to get rid of them immediately. And it’s not making an excuse. They should leave. It’s inappropriate.”

Ryan is one of many Democrats condemning the DNC’s behavior. Sen. Claire McCaskill (D-MO) has gone even further than Ryan, demanding all DNC staffers be let go.

Democrats outside of Capitol Hill share the same sentiments. Syracuse Mayor Stephanie Miner, who is a superdelegate at the Democratic convention, called the committee’s actions “intolerable.”

With Schultz out, DNC Vice Chair Donna Brazile was expected to act as interim chair. The only issue? She was a guilty party in the Wikileaks release too.

Are more firings on the way?